Banned Kenyan documentary to be streamed in Africa 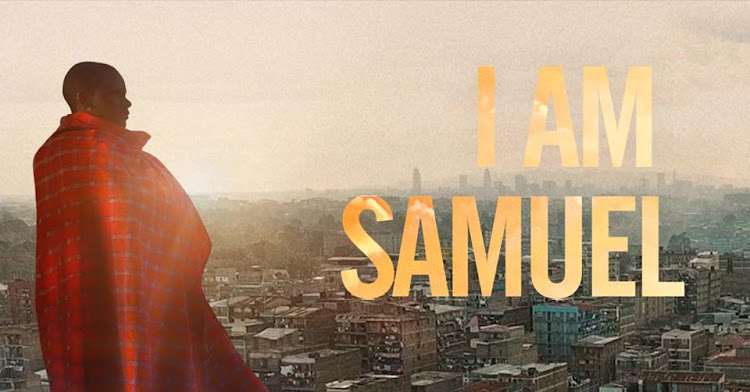 I Am Samuel movie poster

Banned Kenyan documentary I Am Samuel that depicts the life of a homosexual man in Nairobi, is set to be ready for streaming across Africa starting October 14.

The film will however still not be aired in the country as the site that will stream the documentary is geo-locked in Kenya, in compliance with KFCB’s ban.

The Kenya Films and Classifications Board banned the film from being aired in Kenya last month citing violation of Article 165 of the Penal Code that outlaws homosexuality, as well as the provisions of the Films and Stage, Plays Act Cap 222 of the laws of Kenya.

“We noted a clear and deliberate attempt by the producer to promote same-sex marriage as an acceptable way of life,” said the Board in a press statement.

The film, the Board added, tries to influence the viewer into believing that the older generation that was once against LGBTQ+ is slowly buying into the practice and accepting same-sex marriage as a normal way of life.

According to the makers of the film, I Am Samuel has already been streamed at 25 film festivals around the world including the Durban International Film Festival 2021 in South Africa and Canada’s Hot Docs Documentary Festival 2020, where it first premiered.

Larry Madowo recently took an L when interviewing a guest on his CNN show. Larry was interviewing Ghanaian Mp, Sam George about the country's recent ...
Entertainment
1 week ago

The lesbian scene is thriving among female celebs in Kenya

Brendah Jons was the woman of the moment this weekend after she declared she was a proud member of the LGBTQ community.The prominent YouTube
Entertainment
2 weeks ago

At the news of the ban, award-winning producer of the film, Peter Murimi expressed his disappointment with the move saying that he had hoped the film would allow for constructive dialogue about LGBTQ+ rights in Kenya.

"The film demonstrates how much we have in common. We all fall in love, we all contend with family expectations, the main difference is that Samuel, our main character had to reckon with homophobia and violence,” he said.

Many people came out to protest the ban of the film in Kenya with a Twitter trend with the hashtag #IAMSAMUEL and #KFCBbansgayfilm trending for several days on the platform.

International rights group Human rights watch also came out to dismiss the move by the regulatory board saying that censorship will not silence the LGBT community in Kenya.

“KFCB may want to silence them with flimsy claims that reduce Samuel and his partner Alex’s rich relationship to a ‘same-sex agenda’ but it will not succeed; censorship rarely does,” read an article on their website.

The rights group said that Samuel's story will be seen by Kenyans who will make up their own minds.

“In trying to force on the blinders to deny LGBT people’s existence and rights, KFCB is on the wrong side of history,” it concluded.

The film will be available to stream across Africa and in the United States and the United Kingdom on Thursday.

“The film is to be distributed across Africa by AfriDocs, a South African platform and will continue to be available for African audiences to watch for free on the platform’s website,” read the statement released by the team behind the film.

Viewers in the United States and the United Kingdom can watch I Am Samuel on iTunes.

Netflix chief executive Ted Sarandos said bosses did not believe that Chappelle's work amounted to "hate," and that the company would not be removing ...
Exclusives
4 days ago