•Matete went on to highlight some of the few things her late husband told her to do. Among them was that he wanted her to look beautiful and dress modestly as a pastor's wife. 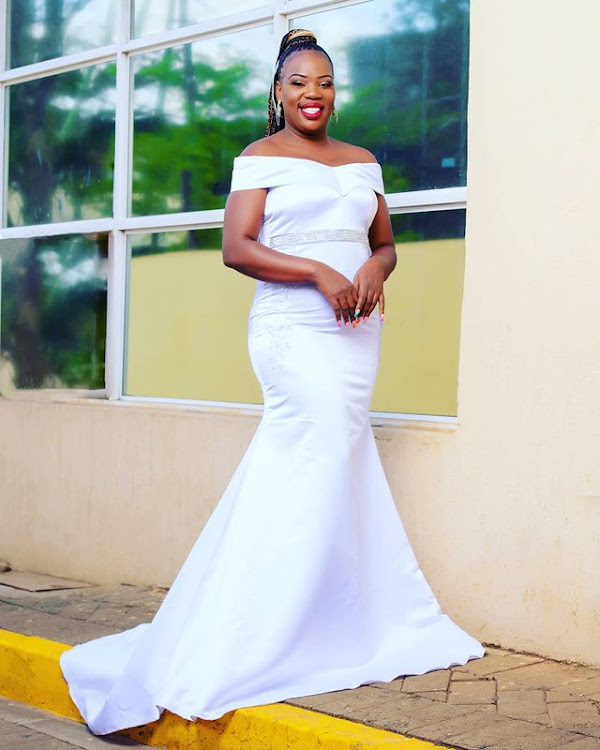 The couple later on, opened a church in Nairobi but after his death, Ruth did not continue running the church.

In a recent post on her Instagram, the mother of one said she was not called to serve in church.

Ruth said her husband was very intentional about his purpose and when they met, he always wanted to start a church.

"We discussed all the ministry aspects before getting married and I knew what I was getting myself into. He had the grace for pastoring a church. I didn't."

Ruth further added that she didn't have that grace to pastor a church but her husband encouraged her to support his ministry.

"That's why when my husband went to be with the Lord, I didn't continue with the church that we had started. I know my place in God. I know the area I am graced and called for.

I think it's important that we know the grace upon us. That way, we won't force stuff all in the name of ministry. I was supporting my late husband with ministry and it was working well.

I remember one time we had a candid discussion. I told him" Baby, I am not called to be a pastor of a church. I am called for the market place. How will we work together with this ministry God has given us?"

I remember telling him I would not preach as I didn't think I could preach. I thought he would be angry. But he told me all he needed was support. I asked him to be specific with the kind of support he expected from me."

Matete went on to highlight some of the few things her late husband told her to do.

Among them was that he wanted her to look beautiful and dress modestly as a pastor's wife.

"Pray and fast with me when God instructs me that we should do so as a family, cook some nice food for me when I am back from church, encourage me by shouting "Amen"! When am preaching, lead worship and be in charge of the worship team at the church, have time for the ladies when they want to talk to you as their mum, count offering and tithe, pray for me in your secret place"

Matete said that no one should feel pressured to do what they know they don't have grace for in serving God.

Bridget Achieng's son has been unwell

Bridget said her son has been sick since he was born.
Entertainment
1 week ago