Ajuma Nasanyana narrates how kids made fun of her skinny body

• Her dark skin, skinny body of a Turkana girl made her a laughing stock at school. 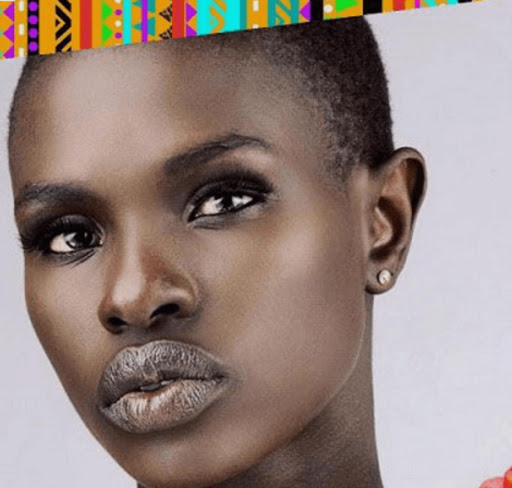 Celebrated model Ajuma Nasanyana has stood out as one of the most beautiful African women.

Ajuma has graced top magazines in the world, being described as the epitome of African beauty.

However, at a young age, Ajuma did not believe that she is beautiful.

Speaking on the Audit show, the model said her dark skin, skinny body of a Turkana girl made her a laughing stock at school.

"I used to be a Tomboy in school, an athlete, runner, captain in sports. Modelling was a far fetched idea that I could not even think of," she said.

Amid the laughter, a few people believed that Ajuma can be a model, and encouraged her to try it.

"I  was dark, skinny, kids are making so much fun of me. I believed I was not beautiful.

Light skin was the thing at a time, even in school the boys only dated light skin girls and I was just there. I knew I can't be a model, I am not beautiful," Ajuma recalled.

Having an athletic body, Ajuma won the attention of Kipchoge Keino's coach, who offered to train her in Eldoret.

After a year of training, Ajuma won the 400 metres race and her achievement was published on a newspaper.

That was the genesis of her successful modelling career.

"An agent from Ford models saw me on the newspaper, hunted me until they found me. We did a fashion shoot and managed to convince me."