Prophetess Monicah: I see dead people before they die

•"At that age is also when I started prophesying, I would tell my mum I saw someone dead and he/she would die. If I saw someone do a wedding they would so," Prophetess Monicah 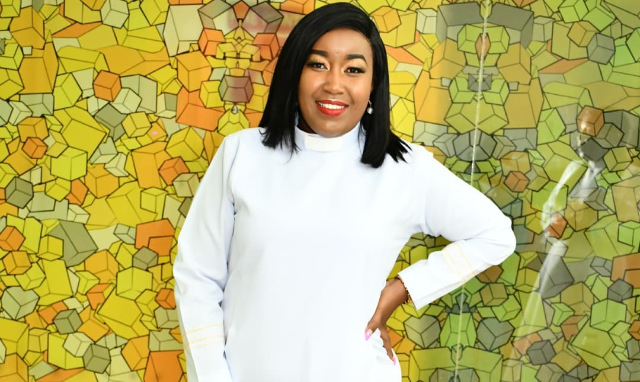 Prophetess Monicah has shared how she ended up becoming a pastor instead of a lawyer as everyone envisioned.

The mother of two says every one including her family and friends thought she would defend them in case they got behind bars but that never materialized.

Instead, Monicah became a preacher and a prophetess.

Speaking during an interview with 'Wambu Wa Mwangi, Monicah shared, "I started preaching at age 7. Everyone in my family knew I would become a lawyer. I would stand on top of tables and preach.

At that age is also when I started prophesying, I would tell my mum I saw someone dead and he/she would die.

If I saw someone do a wedding they would do so, everything I prophesied happened. I was young so I did not know I was a prophet.

I became a preacher even before I cleared class 8. I became a bishop before I joined to form 1."

Monicah lost her way after getting pregnant out of wedlock but has since found her way back to Christ.

'Shoot your shot!' Jalango encourages women to propose to men

"If you as a man are asking yourself questions on whether we should be together then we should not be married." -Kamene Goro
Entertainment
1 week ago

It's not odd to see young pastors. The most famous child pastor in Kenya is Rev Victor Githu.

Asked why he maintains the title 'Reverend' yet he has not been ordained.

Victor stated that God spoke to him to take up the name and will, for that reason, maintain it.

"Nobody has ordained me yet, but in Jesus name, I will be ordained in accordance with the law.

But let me tell you one thing, for me, this is an anointing from God. It’s what God spoke to me, so I cannot cut that name (Reverend) off because of somebody or anybody.

So I'll stay on that and stick to my destiny."