• Just like in his song, Mejja says he kept breaking up and reuniting with the lady. 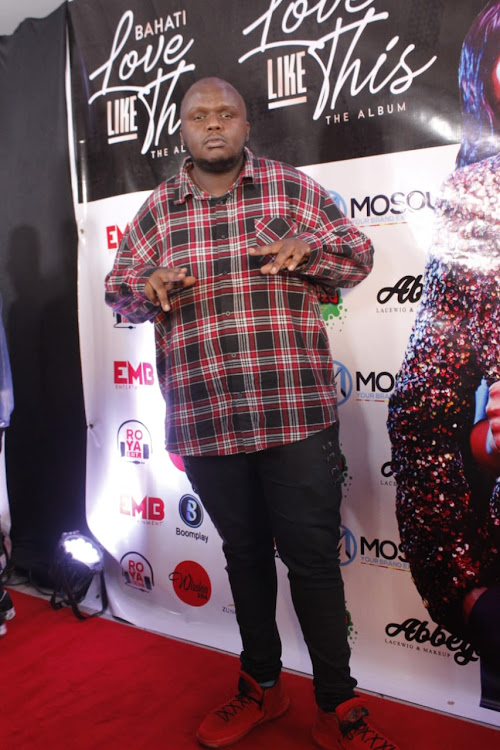 Genge artiste Major Khadija alias Mejja has opened up on his past relationship that inspired his hit song, Siskii.

In a Carpool with Tony Murithi,  Mejja revealed that the lyrics in the song are a narration of what he personally went through in a relationship.

In the Siskii (Kamote) song, Mejja tells a story of how he is in a toxic relationship and refuses to let go.

"That is a life experience I have gone through, it is a true story. It was bad. Everyone was seeing the lady is a blunder, but you are not seeing.

She had a job that involved being in public, she used to play me. My friends, DJs would tell me to leave her but 'siskii'," Mejja told Tony.

Just like in his song, Mejja says he kept breaking up and reuniting with the lady.

Without a mention of the lady and what she did to him, Mejja described it as a blunder that was difficult for him to resist.

"I think every man goes through that, you must leave..come back until you realise it. There are many types of ladies, those who become violent when you want to leave, who threaten to kill themselves," he said.

The song that was released 7 months ago has become a big hit, having garnered more than 5.8 Million views on YouTube.

Just a boy looking to realise his dreams. I make comedy vids, Skits and vlogs. This is my life. Subscribe to my youtube channel :https://www.youtube.com/channel/UCqNY... follow me on My socials: Instagram:https://www.instagram.com/tonnie_muri... Facebook:https://www.facebook.com/TonniemurithiM Twitter: https://twitter.com/antonymurithi4 snapchat:tonniemurithi Send your fan videos on my email :antonymurithi209@gmail.com

Daddie Marto worked at NTV without being paid for one year

"I did one year without being paid, every single week. When the second year came, I told them I have proven myself." - Daddie Marto
Entertainment
1 week ago