Man on Fire was directed by the late Tony Scott and stars Denzel Washington as John Creasy.

Denzel Washington's underrated film is a surprise hit on Netflix 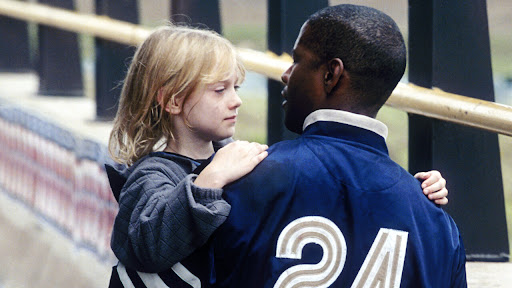 Denzel Washington's thriller Man on Fire, which is one of his most underrated films, has become a surprise global hit on Netflix with millions of subscribers watching it.

Man on Fire was directed in 2004 by the late Tony Scott and stars Denzel Washington as John Creasy, a heavy drinking ex-CIA operative, who lands a job as a bodyguard to a nine-year-old girl Pita (played by Dakota Fanning).

In Mexico City, a former CIA operative swears vengeance on those who committed an unspeakable act against the family he was hired to protect. Director: Tony ...

Denzel is hired by Pita’s wealthy family to protect her after a wave of kidnappings in Mexico city. Pita is abducted under Denzel's watch and he vows to do whatever it takes to track the culprits.

The film which is more than a decade old received mixed reviews from critics after its initial release. It grossed over $130 million at the box office and has a 38% review on Rotten Tomatoes.

“The chemistry between Washington and Fanning is the main reason why the story works. Without it, Man on Fire would just be a big dumb loud violent music video,” wrote one dissatisfied reviewer on Rotten Tomatoes.

Netflix free plan is now available in Kenya. Download the Android app from Play Store and Kenyans can get access to a great selection of Netflix original content such as Queen's Gambit, as well as lots of TV shows and films. You DON'T HAVE TO PAY anything to join 209 million Netflix users around the world. (Disclaimer: Man on Fire is available on Netflix in Kenya but not for free).

Denzel Washington’s fans on social media have also been reacting to Man on Fire’s addition on Netflix, with one writing: “Thank you @netflix for reminding me how good #manonfire is.” Here are some more reactions from Twitter:

What’s Denzel Washingtons best film?? Man on fire has to be up there surely!

Enjoyed re-watching Man on Fire yesterday......Denzel at his prime. @netflix

Thank you @netflix for reminding me how good #manonfire is

All you need to know about Netflix's new free plan

Netflix launches a free plan in Kenya where you can watch selected Netflix original content FOR FREE.
Entertainment
1 week ago