• Nana says King Kaka will share details on the disease when he is ready. 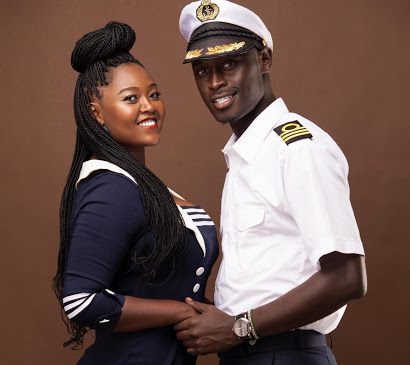 Rapper King Kaka has been unwell for months after being misdiagnosed at a local hospital.

The illness caused King Kaka to spend nights in the hospital and lose up to 33 KGs.

His wife, Nana Owiti has shared an update on King Kaka's health.

In a Q&A on her social media, fans asked how the rapper is fairing on. Another asked Nana Owiti to share more details on the type of disease he is ailing from.

"He is much better. He's added 6+ KGs and you have no idea how grateful we are for that. It's a big win, thanks for asking,"  she responded.

Nana told curious fans that King Kaka will share details on the disease he is suffering from when he is ready.

The TV host has attracted much admiration from the way she has shown support to her husband during the past months.

The rapper shared how Nana would spend nights in the hospital and report to work the next day.

"Let me count my blessings. The last 3 months has been nothing short but terrifying. This lady here @nanaowiti has shown and proven what a wife and a best friend is.

"From kulala kwa couch ya hospitali next to my bed then you wake up shower in the same hospital, go and smile kwa TV like everything is okay to fighting with Nurses on why they are ‘slow’ (Big Up to the Nurses who took care of me, ni vile Nana alikuwa anataka nipone haraka)."

Anyhow, on one of these dates, he trailed his wife from their home in Mtwapa to Tamaduni gardens in Kilifi town, where he busted her with the ...
Crime
1 week ago