Awinja: I lost my 20-year-old brother in a shooting incident

• I met a friend who took me to City Mortuary. All along I thought it was a mistake.

• I was shown my brother and there he was, he had been shot in the mouth with the bullet exiting on the neck." Awinja 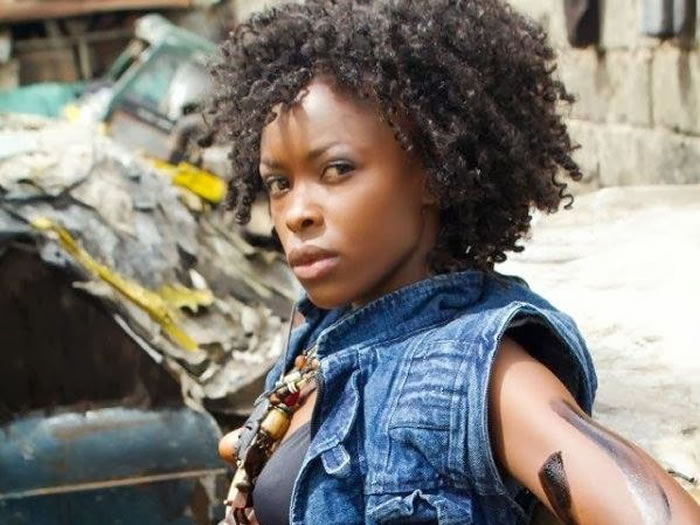 Kenyan actress Awinja has shared the impact alcoholism had on her brother.

Awinja says it was not easy as he was at one time arrested and detained at the Industrial Area police station.

She also spoke on how she lost her youngest brother to a shooting incident by the police.

Speaking during Engage Talks, Awinja shared, "My brother was drinking heavily and he was in and out of work. He got involved in a toxic relationship and they got a baby.

My mother used to talk to him till she decided to leave him to God. One day my brother went drinking, as usual, they got drunk till they slept at the bar. Something happened and the culprits were able to run away."

Why I forgave my cheating boyfriend - Actress Awinja opens up

Awinja used to tell her friends that she can not condone cheating, only to do it latter on.
Entertainment
1 year ago

Awinja says that this incident led to her brother being detained for so long.

"My brother and some other people who were so drunk and couldn't run were arrested.

So when they got arrested the bar owner said my brother was among the people who had been involved in an incident that had occurred earlier. I think he just wanted to remove the blame on himself (bar owner).

He was taken to the industrial area and he stayed there for so long. I got so stressed because he is my younger brother. I felt I had reached my end."

Jalango narrates how he was conned at Odeon

"Finally I was on my way home, and since I was in a matatu I decided to check the phone I had bought only to find bread and  mud on the inside." ...
Entertainment
10 months ago

The wise men once said that bad company spoils good morals, and that was the case for Awinja's brother.

Due to keeping bad company, he started being involved in bad vices.

"My brother had friends within the neighbourhood who were robbers, my mum had even warned him against hanging out with them.

But he assured my mum that they were just friends and that he did not participate in robbing people as they did. So when all this was happening we stuck to his words and believed him."

Awinja says on different occasions he was arrested by police and this made his family very anxious.

"He would go and never come back. When we called him he would say he was at his friend's place, that friend was a robber. I think he was finding it hard to let go of the friendship.

He was once arrested in Eastleigh with his friend after they were allegedly involved in robbing a Somali guy and broke his arm in the process. The friend was released but Awinja's brother was not.

My brother was at home at 7:00 and the incident occurred at 9. So they took my brother to the guy who had been robbed luckily for him the guy said he was not among the robbers."

While in class, some kids passed by, repeating what my father had been singing the previous night.
Entertainment
1 year ago

"I used to fear receiving calls from his friends. Every time I would pray he has not been arrested. Every time we heard of mob justice we prayed it was not him.

He told my mum that he had now rented his own house. Every time  I wanted to go see the place he was very dodgy. Maybe he did not want me to visit unannounced."

Unknown to Awinja his brother's death was beckoning and not in a 'beautiful way'.

"One day I was on a bus going to Kenyatta to visit a mum's friend when I received a call from a friend. Then a neighbour called then hang up. While at KNH, the first boy called me again and he told me that my brother had been killed.

According to him, they  (my brother) had gone to eat lunch when they came face to face with some officers who shot all the five guys. I could not believe it so I called another friend to confirm the news.

He said Kenyans are eagerly awaiting to see super productions and content from the wardens trained in filmmaking.
Entertainment
10 months ago

I met a friend who took me to City Mortuary. All along I thought it was a mistake.

I was shown my brother and there he was, he had been shot in the mouth with the bullet exiting on the neck. After that, I was not even sure how I would tell my mum.

My friend advised us just go home and tell him. By the time I was alighting a matatu to our place and everyone was looking at us. What hurts me most about his death is that he was only 20 and his life was just beginning." Shared Awinja

The man identified as Joel shot actress Monicah, on Tuesday 14, September 2021, at her home in Mukuru Kwa Njenga and fled the scene of the crime.
Exclusives
11 months ago