'I wake up early thinking I would see you,' Nanny of Nakuru doctor mourns

• She still wakes up early in the morning thinking she is supposed to prepare the kids for school. 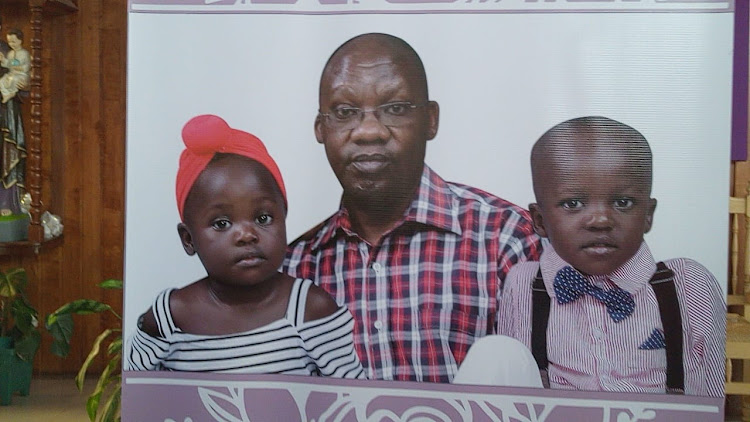 The requiem mass of Nakuru-based doctor James Gakara and his two children was held on Monday.

Family members and friends penned heartwarming messages on how they will remember Dr Gakara and his two kids.

In the eulogy, the family's nanny explained that she has not come to terms with the death of Dylan and Karuana.

As she mourned the children, the nanny said she still wakes up early in the morning thinking she is supposed to prepare the kids for school.

"Ooh my little Angels, I don't know what to say, I love you so much even in death since your demise I wake up early morning thinking I would see you and get you ready for School, in vain. I will miss you so much till we meet again!" she mounted.

In her tribute, the mother of two said that her daughter was restless on the fateful day.

She asked her nanny to help in calming her down.

"I remember on that fateful day, my girl Karwana woke up unusually early - at 5.45 am.

I was away in Nairobi; you told your nanny to sleep with you a little longer, and then called me and told me you are afraid and very sad!!! I can't help but wonder now if you were having a premonition," she recalled.

Dr Gakara is suspected to have intoxicated his two children before attempting suicide.

'Our marriage life was beautiful,' Nakuru doctor's wife opens up at funeral service

Dr James Gakara's wife, Winnie Odhiambo, mourned, "It's like a movie that you watch so deeply, keenly and passionately and then it suddenly stops!"
Exclusives
2 months ago