• Diamond gave Tanasha a call before changing his mind 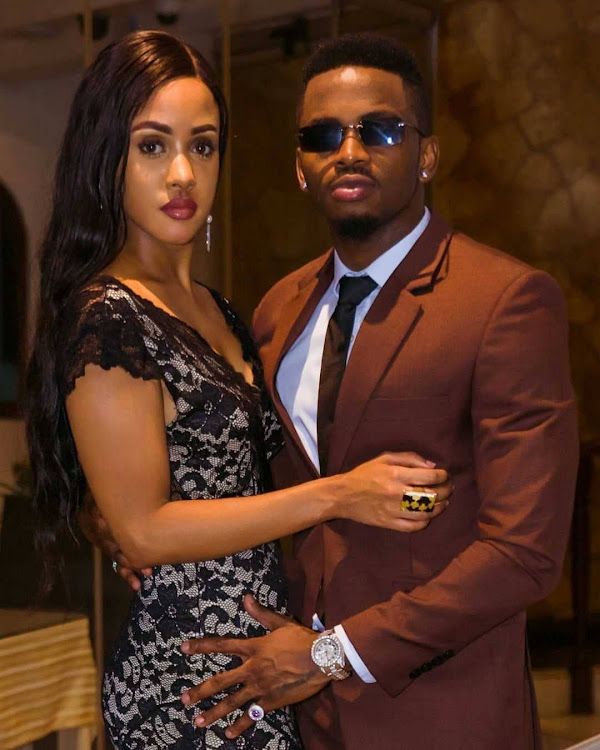 Diamond Platnumz had planned to shoot the video to 'Naanzaje' with his baby mama Tanasha Donna. But that did not happen as he changed his mind and had to fly a model from Dubai.

Speaking about it on Wasafi Media, the music director Hanscana revealed that Tanasha might have refused.

"The very first person that was supposed to be shooting the video as the vixen is Tanasha Donna. Diamond called her about it but the next day, he changed his mind and told me we should shoot with the girl from Dubai."

"He (Diamond) said he had already shot the 'Gere' video with her but she was the one who was the first priority."

Diamond and Tanasha are blessed with a son Naseeb Jnr. While dating Tanasha also launched her music career and collaborated with the Tanzanian singer on the song 'Gere'.

After breaking up, Tanasha flew back to Kenya from Tanzania in March 2020. In an interview with True Love, Tanasha accused Diamond of falling out of love with her.

"I could fight all those people but I realised I couldn't fight alone. My mom has shown me that if it doesn't work, you fight. If it is too many back and forth or when you reach a dead-end that is when you bounce. I fought it all. But when it came to infidelity I realised I was fighting a war on my own."

I confronted him, blocked him and called it quits. It was the limit for me especially since I was loyal like crazy for him. It had been ride or die for me. I had to leave for the sake of my son and my own mental health."

She explained that the relationship started having issues six months before they parted ways.