The event was attended by the likes of political activist Boniface Mwangi, who wrote a beautiful message for the newest married couple in town on his Twitter page.

He wrote, "Boniface Mwangi@bonifacemwangi·30mCongratulations to the newest couple in town @estherkazungu and @_kibunjah. Kibunja and Kazungu are two awesome human beings and l’m so happy they found each other. I wish them marital bliss. Kazungu is awesome and Kibunjah is the only MCee in Kenya with a law degree, hire him."

Photos from the event are been hoarded like a 1000 bob coin, but we at Mpasho have only been able to get one other photo from the event so far. ( I know, we have failed you but please forgive us!) 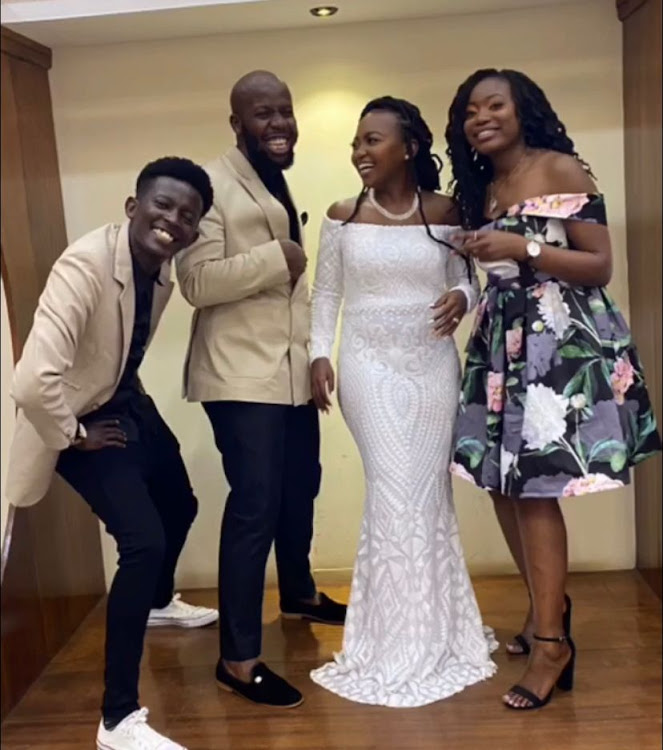 Kazungu and Kibunja, a renowned emcee and radio host, had been dating for some time, deciding to keep their relationship private as they courted.