• While heading to board the plane at the Kisumu International Airport, Sande was dressed in his Mtumba clothes. 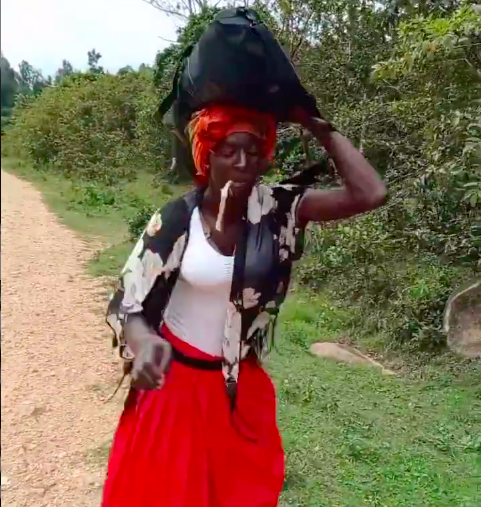 The 28-year-old has impressed many Kenyans and is now reaping big from his comical antics while selling second-hand clothes commonly known as Mitumba.

Sande has just bagged a deal with a top clothing company, that deals with men's fashion.

The comical businessman landed in Nairobi on Wednesday and headed to Devine Collections shop.

Before his tour into the city, Sande had already been promoting other local fashion brands in Kisumu.

His trip to Nairobi was also a spectacular one, as he boarded the newly launched Renegade air.

While heading to board the plane at the Kisumu International Airport, Sande was dressed in his Mtumba clothes.

In his exclusive interview with Mpasho, Sande revealed that he likes his job, and that is why he approaches it with so much fun.

"I like doing it, it is all about accepting your job, being proud of it. If you entertain your customers they will promote you. The more you entertain a lady, the more they buy," he said.

'I like doing it,' Mitumba seller cracking Kenyans' ribs speaks

Sande did not envision himself as a Mitumba seller but takes it positively.
Exclusives
1 week ago