'My dad looked for me when I became a radio presenter,' says Wa Muchomba

• Gathoni narrated her upbringing – especially her father’s behaviour – with pain and frustration. 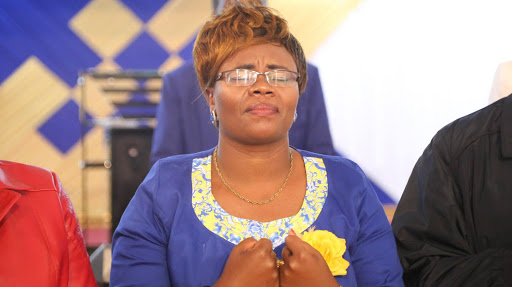 Kiambu Woman Representative Gathoni Wa Muchomba says her dad looked for her while she was already educated and working.

In an interview on YouTube, Gathoni narrated her upbringing – especially her father’s behaviour – with pain and frustration.

Raised in Komothai, Githunguri, in a nuclear family of four and a step-family of 11, wa Muchomba said her mum did her best in raising them as her dad was absent.

She unapologetically referred to her father as “an irresponsible drunkard who cared very little for the family.”

After working hard in school and securing employment at a radio station, Gathoni Wa Mchomba's dad one day showed up while she was on the air.

''He came and said he was my dad and that he wanted to see me. 'That girl on-air is my daughter. I am Muchomba and I want to talk to her!'"

After her show, Wa Muchomba met him and although he looked untidy, she did not shy off from showing him to her colleagues.

''His shoe was not so good but I walked him around the office, then drove him to town and bought him clothes. I then paid for a hotel for him to stay. He asked me to take him to my mum and I did. He was so proud of me. Until his death, we were best of friends,'' she said.

Orie Rogo Manduli was holding her head high even before dying.
Exclusives
1 day ago