Rapper Juliani has had a renaissance of sorts the past month after the revelation that he was dating Machakos governor, Alfred Mutua's ex-wife, Lillian Ng'ang'a.

The confirmation came after weeks of speculation and conjecture from the public. As such, Juliani's private affairs have become a hot topic for many Kenyans who would like to know more.

This week he was interviewed on KTN and disclosed when he had first met Lillian, telling Standard group's Charle Otieno,

"Lilian, I met her like early or mid-June (this year). As a man I did not sleep in class," Juliani said amid giggles. (The video has since been pulled down but a screenhot of the interview is below). 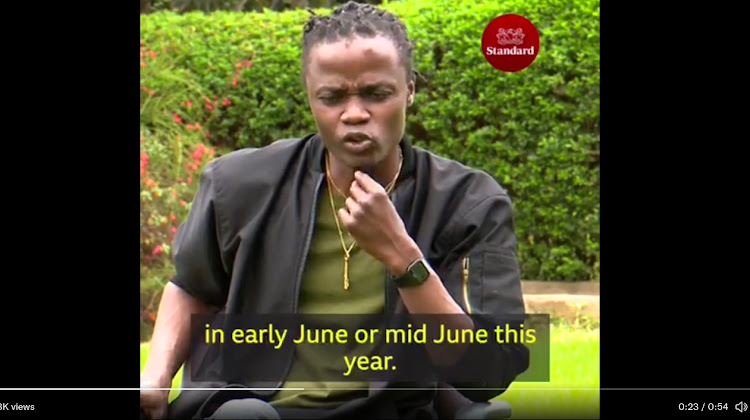 While the "Potential" rapper would go on to describe the qualities that drew him to her, his answer about when he first met her troubled me.

Thing is, his answer goes against all the photographic evidence that we have of the two before the date he has stated.

A video that did the rounds a month ago showed Lillian Ng’ang’a in the company of former Chief Justice Willy Mutunga, activist Boniface Mwangi, and Juliani himself.

It would later turn out was taken in June last year, during Mutunga’s birthday. The video was first shared on social media by Mwangi who posted it on his Facebook page. 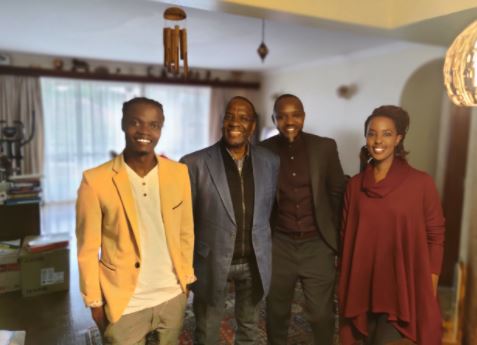 So why would Juliani lie about the date? (For those who are saying he might have left out the words "Last Year" in his answer, that still doesn't make sense).

Normally, when one is asked about a specific event and when it happened, proper routine dictates that the answer should include the date and be specific to the year.

If his answer on Standard Digital was specific to 2020, he would have either said, "June last year" or "one year ago in June". His particular answer is what we call a lie by omission. Why would he do that?

I think that the possible reason he didn't specifically give the specific date was that it raises 3 difficult questions. Like;

Had he started hitting on Lillian Ng'ang' when she was still a married woman? Don't forget that he said in the interview that he liked what he saw immediately he met her?

Had they started dating when she was still a married woman as Lillian and Alfred officially broke up mid this year?

Was he ultimately the cause of the break-up between Lillian and Alfred Mutua?

Let's not forget that in their joint statement last month, Lillian and Alfred stated that they had decided to go their separate ways in June this year.

That is coincidentally the month that Lillian posted a very interesting picture with Juliani, which is below:

So what is the answer to the 3 questions? I don't know. I will leave that speculation to you the reader.