'I have over 70 kids in Kenya,' Pastor Ng'ang'a on past failed relationships

• Ng'ang'a said since he got married to his second wife, she had a tendency of running away. 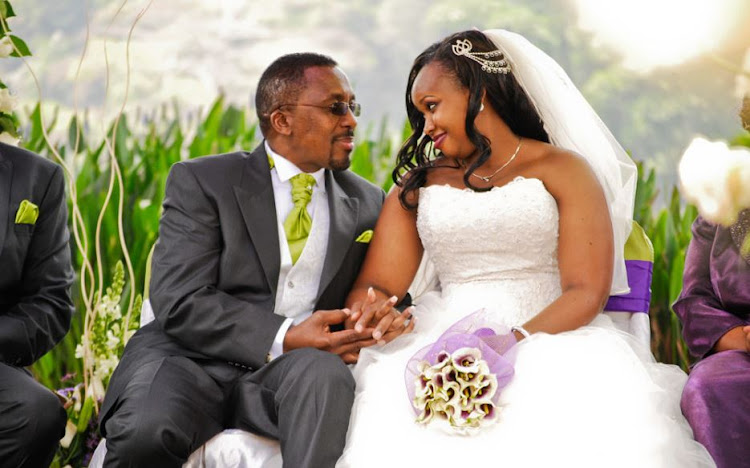 Neno Evangelist founder Pastor James Ng'ang'a has opened up about his troubled marriage to his second wife Loise Murugi.

Speaking in a church service, the controversial man of God said since he got married to his second wife, she had a tendency of running away.

Nga'ang'a said he had to seriously pray.

While speaking about generation curses, he said before he got married to his late wife, he had tried to marry but it was not working.

Ng'ang'a shared that details about his family.

''I am the fifth born in my family. My two brothers left their wives, went and got married to other men, two of my younger brothers, their wives died. My first wife died as well and I got married again, she has run away more than 16 times, Kiguu na Njia...''

Adding that prayers helped him as after that, she has never left him again.

''I had to call myself a meeting. I decided to take one of her clothes and her photo and took it in a prayer room and asked God to bring her back. I have married her officially. After that prayer, she has never left my home.

I later took the photo and her T-shirt and locked them together with my other documents. One week later, she came and she has never run away again.''

They tied the knot in 2012 at the Windsor Golf Club in a wedding attended by popular politicians, close friends and family.

This evening, Anwar Loitiptip wished his wife of 6 months, Aeedah Bambi a happy birthday. In a loving message that the Lamu senator penned on his
Entertainment
3 days ago