• A few months ago, the Kabi was called out in public for allegedly neglecting his child. 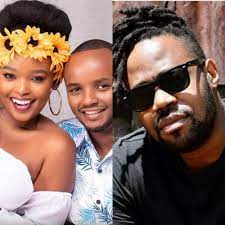 Content creator Kabi Wa Jesus has for the first time spoken out on his relationship with 'Tea Master' Edgar Obare.

A few months ago, the Kabi was called out in public through Edgar's page for allegedly neglecting his child.

An Instagram user reported to blogger Edgar Obare that Kabi has a seven-year-old daughter whom he has refused to take care of.

In an interview with BTG news on Sunday during the album launch of Mr Seed, Kabi said he has no beef with Edgar.

He further wished Edgar well and said he wishes that his account is back.

''I have no beef with Edgar Obare. In fact, I am sorry for what he is doing to him and his brother. Edgar, keep pushing, we are waiting for him to come back on his social media.''

The tough moments have shown her that God is present, and he shows himself through such difficult moments.
Entertainment
1 week ago