'We are still friends' Muthoni Gitau after split with Nick Ndeda

• "We did it together because if I did it alone it would have looked like one person was saying it."- Muthoni Gitau 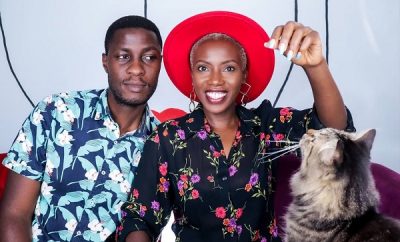 Muthoni Gitau a Kenyan Youtuber and ex-girlfriend to radio host Nick Ndeda, has now revealed why they decided to post a break-up video.

The now ex-couple announced their partying through a YouTube video something that caught many by surprise.

In an interview with Spice FM, Muthoni now says she did the video to avoid people creating a narrative as to why she broke up with Nick.

"I wanted to do it in my own words.

I was in a relationship for 7/8 years and it ended and I decided to share that.

The reason I decided to do that is I wanted to share it in my own words.

A lot of things happen and a story is written and you have no control over it.

It was me making a choice that is good for me.

I live life so unapologetically. I was like it's a part of my life and that channel was called 'JustDoingLife.' which is a big thing."

A man identified as Peter Kipngetich has declared his undying love for gospel musician Loise Kim.Kipngetich said that the musician has stolen his ...
Entertainment
2 weeks ago

"We could just have ignored and pretended nothing was happening but I have no qualms about how I live my life.

We did it together because if I did it alone it would have looked like one person was saying it.

He was a part of the channel and he is still my friend. When the decision was made it felt like it was the best decision for both of us."

Check out the breakup video below;