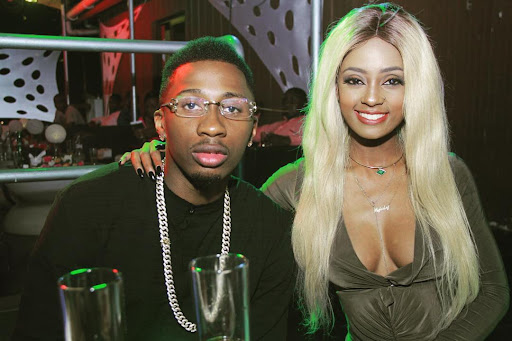 Juma Jux with Vanessa Mdee in the past
Image: Courtesy

Singer Ommy Dimpoz has left fans in stitches after he created a comical video aimed at teasing Juma Jux.

Jux is the ex-boyfriend of Vanessa Mdee who is expecting her first child with fiance Olorotimi Akinosho aka Rotimi, a Hollywood actor, and singer.

Rotimi, who is famed for his roles in 'Power' and 'Coming 2 America' engaged Vanessa after staying together for a couple of months.

Jux on the other had dated Mdee for years and had an on-and-off relationship until they finally called it quits.

In his video, Dimpoz asked Jux to move on as he had already made other countries believe that Tanzanian men have no 'eggs'.

"Where are you? In studio? You are recording another song? You need to move on. We have been disgraced, being seen as though we don't have eggs because of you...African Boy, have you seen what the African man has done? ... That's how they do, when she (Vanessa) got there (joined Rotimi), she unfollowed all of us, that's where I knew he (Rotimi) was at work. Have you seen his work? Don't argue." said Dimpoz

Jux released a song to congratulate Mdee after she announced that she was heavily pregnant.

Rotimi reveals when he will visit Vanessa Mdee's parents