'We celebrate her life,' Larry Madowo breaks down at grandmum's funeral

• In his tribute message, Larry who spoke in Dholuo shared fond memories of his grandma. 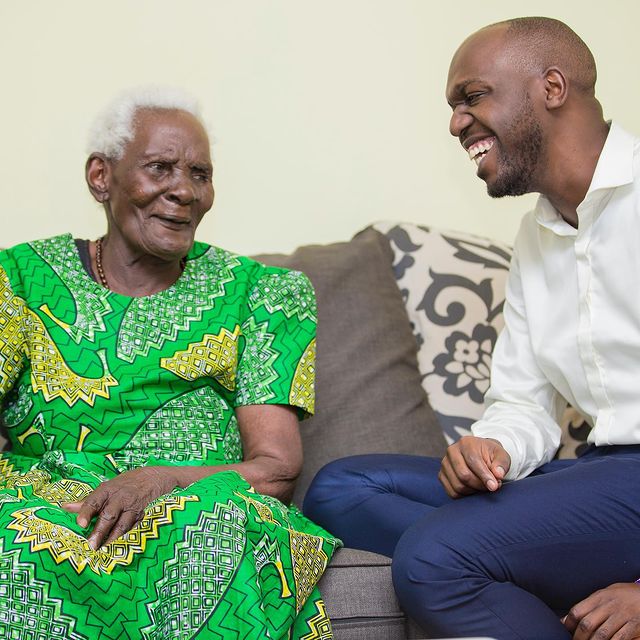 CNN journalist Larry Madowo has paid tribute to his late grandmother who passed on last month.

She was laid to rest this week.

In his tribute message, Larry who spoke in Dholuo shared fond memories of his grandma.

Larry was brought up by his grandma after his parents passed on at a young age.

He emotionally recounted the day she visited him and they joked a lot.

''Only my grandma used to call me Omondi (Sobs) I was close to my grandma...I work for a TV station....she came to visit me someday and we joked a lot. She once asked why I never waved back whenever she saw me on TV.  She used to ask me why I never responded,'' Larry explained.

Larry said that his 100-year-old grandma knew all his 60 grandchildren by name.

''I used to joke with her that 'oldies are fond of lying'. She knew us, the 60 grandchildren, by name. She had a great time with us. She had a way of pronouncing our names. I grew up here and was orphaned at 10. We were brought up in my grandma's house''

He further explained that his grandma showered them with unconditional love that united them.

My heart has been ripped! Larry Madowo mourns grandma

Media personality Larry Madowo is mourning the death of his grandmother, Francesca Madowo. In a social media message, Madowo has announced
Entertainment
1 month ago

To keep her memory, he said they will be meeting every August to celebrate her.

''The love she had for us is the reason we have remained united. We live far apart, in far-flung lands...like my sister here has come from France, Wendy has left the Netherlands, I have also come from America. Thank you for condoling with us.

I appreciate my cousins and uncles who took care of grandma when she was sick. To all who have joined us, thank you.

Larry’s grandmother had been on a ventilator for four weeks before she died.

We’re grown now and we understand it’s not easy raising three boys into men alone. Realest definition of strength for me because I know how difficult ...
Lifestyle
2 weeks ago