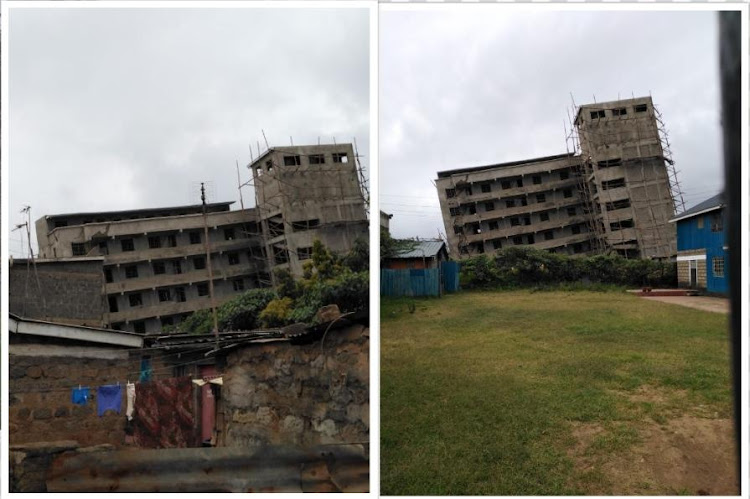 Kinoo town is trending after being mulikwad twice in a week.

The estate is in Kiambu country but also part of the Nairobi metropolis.

While some successful celebrities have lived in Kinoo, the town has been trending for all for the wrong reason.

Some of the well-known people who have lived in Kinoo includes; Comedian Churchill, MC Jessy, Pitson, Smart Joker etc.

On Tuesday, Gospel artiste Peterson Ngetha, alias Pitson said he almost lost his marriage for keeping mistresses from Kinoo and sponsoring their lifestyle.

"I was making a lot of cash and I was just paying Sh22,000 as rent in Kinoo. Money is like a servant, so if you don't give it work, it will introduce mischief. They would pay me with sex."

Churchill show comedian Smart Joker in a recent interview said he spent a large sum of money he received in an ambassadorial deal on slay queens.

But that and his move to Kinoo from Kibera would be the highlights for him as slay queens robbed him of his hard-earned gains.

The comic said he had been keeping some cash in his house for miscellaneous needs but slay queens robbed him.

"Slay queens confused me, especially the ones from Kinoo. They came to my house and took my money by force," he said.

"One of them brandished a gun on my head, asking for money yet I was naked on a mattress with one of her friends. Thieves," he said.

Last week a five-storey residential building which was leaning in Kinoo was brought down in a controlled demolition.

-Murder of Catholic parish priest in 2018.

-Mwalimu Rachel allegedly squeezed an upcoming artist's balls in Kinoo. [The case is still in court]

-Robert Alai's brother Tom Alai was reportedly knocked down by a speeding motorist in Kinoo.

-Famous gangsters Simon Matheri and Edward Shimoli once used Kinoo as their hideout.

-Flooding after heavy rains in April 2020 that left residents evacuated.

Comedian Michael Akala Omuka aka Smart Joker recently revealed how he had lost a large sum he received on slay queens.He disclosed this during
Entertainment
2 weeks ago