• Corazon says she will only move in with her fiancee Frankie JustGymIt after they get married. 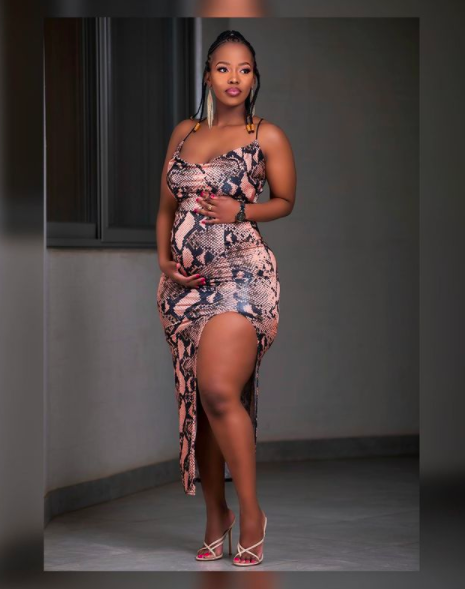 Corazon Kwamboka has revealed that she had not planned to get pregnant for the second time.

In a question and answer session, fans asked if Corazon planned for the pregnancy, and the type of contraceptive she used to space her two children.

"No, but I was excited when I learnt about it."

"Nope. I thought ignorantly that breastfeeding was enough contraceptive."

Another fan was curious about whether Corazon will be able to fully support her firstborn son, who recently turned a year old.

She said the pregnancy will not hinder her from being there for her firstborn son.

"Pregnancy is not a disability, what would he lack?"

Even though their family is growing bigger, Corazon says she will only move in with her fiancee Frankie JustGymIt after they get married.

"I find moving in, especially before marriage quite unnecessary and overrated. We function so well like this and we are together more than half the time," she said.

Corazon Kwamboka had a very informative Q and A session with her fans and followers this evening. One of the things she answered was
Entertainment
2 weeks ago