• Vera said that most women are usually bitter when a relationship ends and the only way to punish their men is by denying them access to the kids. 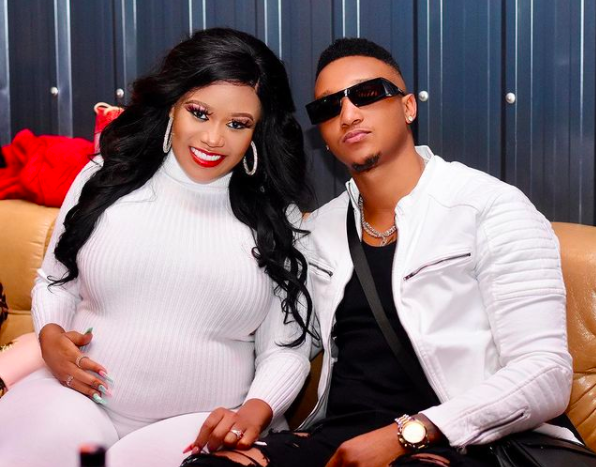 Socialite Vera Sidika says women who deny their baby daddies access to their children only hurt their own children.

The mom-to-be said that most women are usually bitter when a relationship ends and the only way to punish their men is by denying them access to the kids.

She said that most men will get another woman, and get kids with them. That way, they will be happy since they will be in a position to go home and see kids even though it hurts him, not to see his other children.

''Then there is men who get trapped with kids, but still send upkeep money regularly. Wants to be in the child's life, but the baby momma won't ever let them see the child.

Another advice to my sweethearts, if you don't let your baby daddy see his child, maybe coz you just bitter, you'all not together anymore etc. you are not punishing him. It's you punishing your own child.

Coz the day he moves on, dates or gets married and gets another baby in that relationship, he will have the privilege of spending time with his other baby daily, so he will be good and happy.

Even though it hurts him not to see his other children, he'll at least spend time with one. Perfect example; Frankie's situation. Lets not punish kids with our own selfish reasons.''

In October last year, Frankie penned a sweet message for his son’s birthday, hoping it will reach him since he was not be able to meet him in person.

The poignant message expressed his deep love for his son as his first-ever child, reminding him that he will always have his back even though he is not together with their mother anymore.

''Since I have no access to you, I’ll pass these words on and hope they will find you. Be true to yourself always and don’t take life too seriously.

Know that I love you and will always be there for you. No matter what, I’ve got your back. You are my son, and always will be. Happy birthday Lexi,'' he wrote at the time.

Frankie is expecting another child with socialite Corazon Kwamboka.

Is the blood oath Wema and Diamond took working on them?

Diamond Platnumz reminisced how he would lock himself indoors with his lover.
Entertainment
2 weeks ago