• Swaleh said that Iranian men don’t like to see their women hanging out with Africans and one can be killed for it. 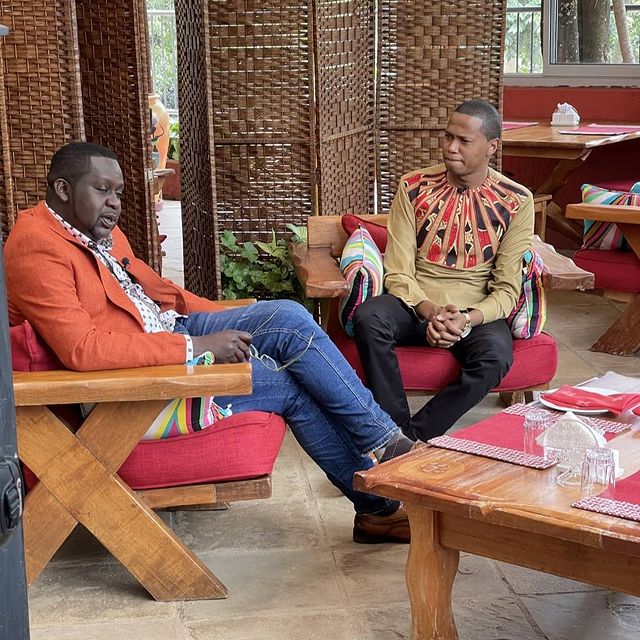 NTV Swahili anchor Salim Swaleh says tough conditions made him not marry in Iran where he worked for close to six years.

Speaking during an interview on Churchill Show, Swaleh dowry is paid in form of Gold in Iran.

"When marrying a Persian woman, her weight is recorded and her dowry is set at gold that weighs a quarter of her weight," he said.

Swaleh added that the dowry is paid even if you leave her something that has given women a lot of power and the penalty for not paying the dowry is imprisonment.

"The law says that even if you decide to leave her, you will pay her Gold that same day."

After working at the Islamic Republic of Iran Broadcasting for several years, he married his childhood sweetheart.

"I would see her during my visits to my grandmother’s place in Gilgil and tell myself that one day she would be mine," he said.

The news anchor also said that Iranian men don’t like to see their women hanging out with Africans and one can be killed for it.

"I am very dark compared to their complexion.

They have some form of racism where they gossip about you without knowing you also speak Persian. If the men from Iran sees you with their women, they might kill you."

"You would enter a shop and hear them say to each other that 'midnight has arrived' even if it is 11 am and you’re buying breakfast. It means a dark person has entered the room," he said.

He said the worst was a time he went to print a passport size photo and a client who asked why the passport photo was white.

Jalang'o wants them to drop the initials
Entertainment
2 weeks ago