• Vivianne has been on a soul-searching journey that has seen her get close to God. 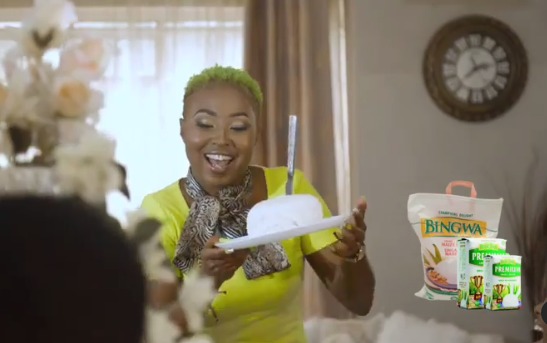 'Teren Teren' hitmaker Vivianne has every reason to smile after landing her first brand ambassador role.

The mother of two has been named the Brand Ambassador for the Maize meal brand 'Bingwa Premium'.

Speaking exclusively to Mpasho, Vivianne says this achievement is a true manifestation that God does grant the desires of our hearts.

Vivianne has been on a soul-searching journey that has seen her get close to God.

I feel these happened because of how I have been trying to find myself by having a close relationship with God.

Vivianne had been contacted by the company to feature in an advert which has been appearing on the TV.

Due to the positive response from the public the company decided to make the Ambassador.

Congratulations to her on her new achievement.

Check out the advert she was previously involved in before being appointed an ambassador.