• Kennedy, a father of three boys is excited as he awaits to welcome his first daughter. 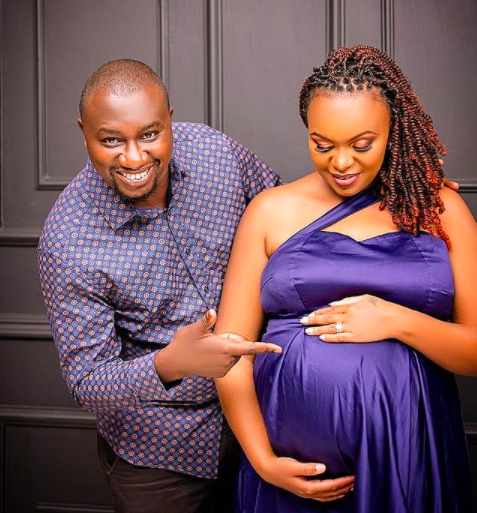 Kennedy and his wife Diana Amunga held a simple photoshoot to showcase the baby bump.

Kennedy, a father of three boys is excited as he awaits to welcome his first daughter.

"I will spoil these girls (my wife and the girl) with all my resources," he said.

Fellow journalist Stephen Letoo shared the joy with his fans, describing how Kennedy is excited about the whole pregnancy.

He had been hoping to get a baby girl.

"I know my friend @kennedymurithi_official has begun the grand count down. We've just spoken he tells me 'it's a baby girl after years of search (laughs) i will shower this woman with money' nimemwambia ikiwezekana mshonee nguo na material ya dolaree na sii ya washwash," Letoo shared.

Religious groups contacted the police, after the trailers were released, who arrested six people in mid-August on charges of "disseminating images ...
Entertainment
3 weeks ago