• Mboya has fired at Jalang'o, explaining why he wants to meet him in person to refund the money. 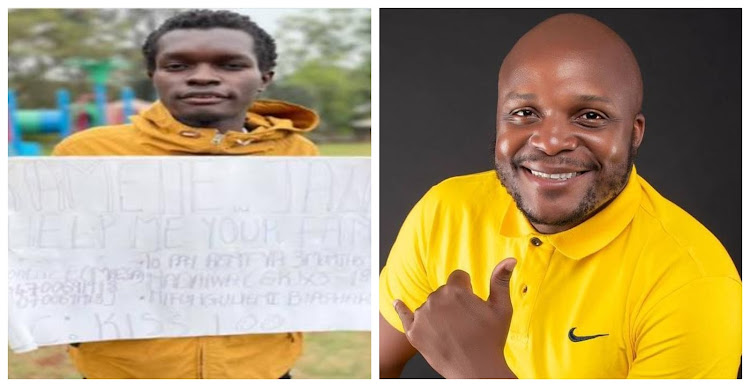 Vincent Mboya, an upcoming artist has been in the spotlight over his encounter with Kiss FM Radio presenter Jalang'o.

Mboya, who had been given Ksh 18,000 by Jalang'o wanted to refund the money, citing disrespect from the Radio presenter.

On Monday, Jalang'o told Mboya that it is not a must for them to meet, and he can send the money via Mpesa.

"Why is he giving me an ultimatum yet he has my number, let him deposit the cash to my Mpesa," Jalang'o said on the Morning Kiss.

Now, Mboya has fired at Jalang'o, explaining why he wants to meet him in person to refund the money.

The upcoming artiste says that Jalang'o could be having a mobile money debt (Fuliza) hence the need to give him cash money to avoid losing it to deductions.

(You know you can send money to someone and it is directly to his Mpesa account and his deducted by Fuliza. In fact, he did not send the money to my Mpesa),” Victor Mboya said.

In an interview on BTG, the artiste added that Jalang'o bought him lunch, and he would like to repay that too.

"My attention was because he bought me lunch the day he helped me, I want also to reciprocate after handing over the cash to him,” he said.

Jalang'o responds to Ksh 18K ultimatum given by Victor Mboya

Hours after being given an ultimatum by Victor Mboya to collect back the 18K he gave him, Jalang'o has responded.During the Morning Kiss, Jalang'o ...
Entertainment
1 year ago