Jalang'o responds to Ksh 18K ultimatum given by Victor Mboya

• Vincent Mboya came out in an interview to state that he felt offended by Jalang'o's words and he wants the comedian to collect the money he paid within 48 hours. 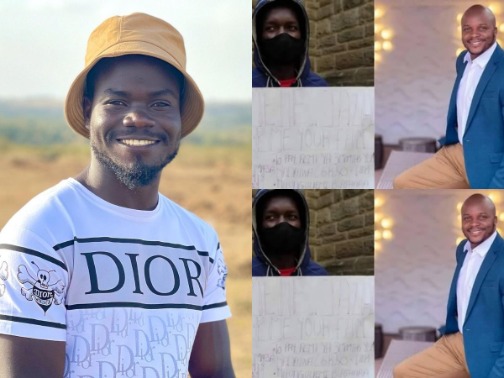 Hours after being given an ultimatum by Victor Mboya to collect back the 18K he gave him, Jalang'o has responded.

During the Morning Kiss, Jalang'o said that if Mboya is serious about refunding the cash he can directly deposit it to his Mpesa.

"Why is he giving me an ultimatum yet he has my number, let him deposit the cash to my Mpesa.'

A few weeks back, Victor Mboya emerged seeking help from Jalang'o and Kamene Goro as he risked being thrown out of his house as his rent was due.

Even Moi ruled without a 1st lady! Alfred Mutua on getting married again

Alfred Mutua has dashed many ladies hopes after announcing that he isn't ready to marry anytime soon.In an interview recently the Machakos governor
Entertainment
1 year ago

The comedian (Jalang'o) paid the young man's rent which had totalled ksh18,000 with the following remarks,

"Your rent has been paid. Call your caretaker to confirm it. But you should stop looking for sympathy, go out there and work."

The young man, Vincent Mboya came out in an interview to state that he felt offended by Jalang'o's words and wanted the comedian to collect the money he paid within 48 hours.

"Felix Odiwuor (Jalang'o), come for your money. I'm giving you 48 hours you come to collect your money," he said while counting the cash."

Yenyewe this guy has no manners.

Even Comedian Mulamwah canceled a deal he had with Mboya to help him produce two songs after he gave Jalang'o the ultimatum.

He says Mboya was disrespectful and he cannot work with him.

"I had earlier met and promised on the video to help this guy record to songs with Motiff.

But following his abusive utterances after being helped by Jalang'o I have revoked the plan which was already underway.

Let's learn to appreciate when helped however big or small."