• The couple is set for marriage after being engaged last year 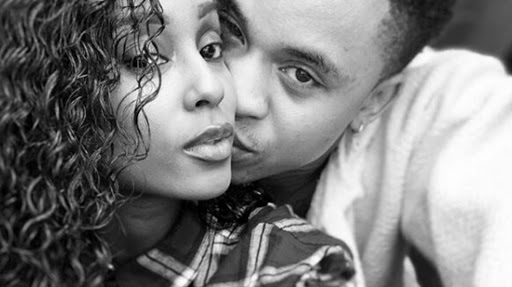 Vanessa Mdee has termed being Rotimi's wife as work. The Tanzanian songstress shared Rotimi's latest video 'Decide' off his album.

In the hot steamy video, a video vixen is seen touching the Hollywood star and being cosy with him. Vee Money took to social media to write;

"Okay this was my first favourite song on the album, I have a new fave now… I’ll tell you tomorrow. But for now, enjoy the #Decide...Kuwa mke wa @Rotimi kazi kweli kweli hebu ona sasa huyu dada alivyomkaribia sasa uwi." (....Being Rotimi's wife is work, look at how the lady is too close to him).

Rotimi who doubles up as an actor proposed to Vanessa Mdee last year after months of living together in Los Angeles.

The couple revealed that they were to go to Tanzania after the travel ban to see Mdee's parents. Vee is currently rumoured to be heavily pregnant for the 'In My Bed' hitmaker.

These reports have been catalysed by the fact that for a long time now, Mdee has been posting passport photos only.

How I went blind in one eye - Vanessa Mdee

Tanzanian singer Vanessa Mdee has for the first time opened up on being blind in one eye.
Entertainment
3 months ago