Omosh's wife asks for help to build a house

• Mrs Ngatia said she has had a rough time dealing with landlords. 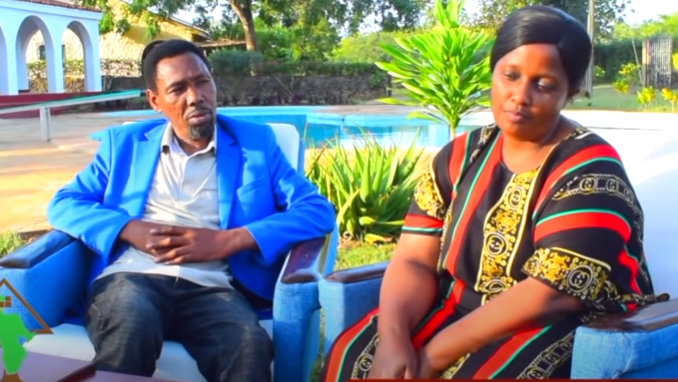 Comedian Omosh's wife, Mrs Ngatia has asked for help from well-wishers to build a house.

Speaking to Hiram Maina, Judy Wacuka, who is well known as Mrs Ngatia said she has had a rough time dealing with landlords.

Accompanied by Omosh, Mrs Ngatia said that she has a parcel of land in Karura, where she is supposed to build a home.

"If I get a house, even a one-bedroom Mabati house so that I am not bothered by paying rent in Nairobi. I am asking for even a Mabati house, right now, I live in a bedsitter that I pay Ksh 5,000," Mrs Ngatia said.

The mother of three said that life after the onset of the COVID-19 pandemic has not been easy since her acting job ended.

According to Mrs Ngatia, her suffering has left her embarrassed.

"I was kicked out of a house, with the landlord saying that we have money, and Omosh has a big name. That thing has affected me psychologically I feel like dressing covering my face when walking around."

Months ago, Omosh pleaded for help, and his cry was heard. Well-wishers helped him build a house, which is currently occupied by his second wife.

Omosh described his marriage dynamics, "I live with one, the other one I visit. I have five children in total and my eldest is 26-years-old."
Entertainment
3 months ago