'Don't point fingers if you have never been married,' Akothee defends Alfred Mutua

•"Lillian and I have been a blessing to each other. Two months ago, we decided to slowly disengage." - DR Alfred Mutua 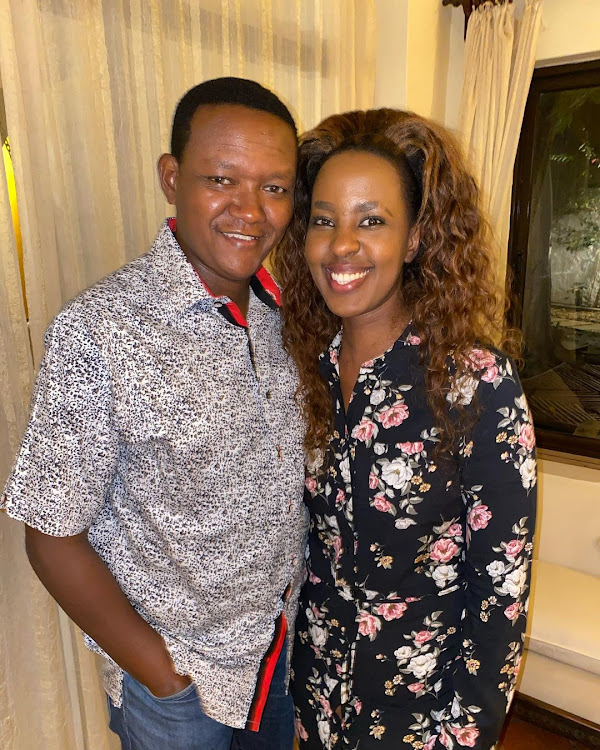 Akothee has told off Kenyans criticizing Governor Alfred Mutua and his ex-wife Lillian Ng'ang'a after they announced their separation.

Many never thought the couple would break up at any point, given how they were serving couple goals.

The mother of five now says it's only the wearer of shoes who knows where it pinches the most.

"IF YOU HAVE NEVER BEEN MARRIED, DON'T POINT FINGERS.

Watching people in multiple relationships, unsatisfying relationships, broken marriages but still living together for the society, condemn the break up of GOVERNOR and HIS WIFE.

Some have never even tried living with a cockroach, but are full of screenshots evidence leave marriages alone."

Bundles are cheaper, typing is cheaper, celebrating one's challenges is cheaper and easier.

Now, how is your own relationship going or taking you Now?

This world is rotten, they will even celebrate your downfall at the grave. The same people who never checked on you while alive will come to take selfies with your coffin.

That's this world. Live and enjoy while it lasts."

"There are cartels being used to extort and blackmail people and they are now being used by State operatives through KRA and EACC because of my ...
Exclusives
2 months ago

Alfred shared the news of his breakup with Lilian in a long social media post, in the post he thanked God for meeting the ex-first lady.

"There is a song by Roger Whittaker that has the line: “the first time we said hello, we started to say goodbye.”Lillian and I have been a blessing to each other.

Two months ago, we decided to slowly disengage.

We are on amicable terms and remain very close as friends. We will continue to talk, meet and share ideas constantly.

Lillian has been an excellent First Lady and even though she will do some projects under the Lillian Nganga foundation, we have agreed she can continue with her county projects.

She will be a close advisor as I Govern Machakos County and run for President because I trust her sharp insight and heart.

She has always been my number one fan. Our love for each other is permanent but I think at times, space and new directions are important.

As a result of the impact, the driver, one Victor Prengei sustained serious injuries and was rushed to Moi Memorial Hospital for treatment while ...
Politics
2 months ago

"There are cartels being used to extort and blackmail people and they are now being used by State operatives through KRA and EACC because of my ...
Exclusives
2 months ago