What you need to learn from Lilian Muli's experience with relationships

• Lilian Muli has been in two public relationships. 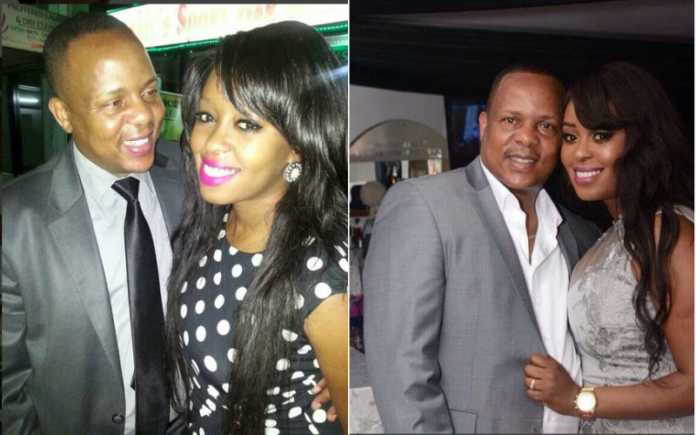 Jared Nevaton with Lillian Muli in the past Courtesy

Citizen TV news anchor Lillian Muli has in the past shared some life experiences when it comes to love. It is true to say she has had her share of heartbreaks.

She recently penned a letter to herself.

In the letter, the screen siren has warned herself against falling for people who wouldn’t love her when she is not lovable.

“You deserve to be loved as a whole with all your imperfections and flaws. You deserve someone who puts you first as if you were the only thing that matters."

Last year, the La Modelle CEO said she had wasted six of her years loving the wrong person. She responded to a fan who told her that she had spent two years loving a person who later broke her heart.

“Lol. You and me both, honey! Mine, six wasted years. You will love again.”

Muli had been married for years to Moses Kanene, but later divorced.

She later got into a relationship with Shabana boss Jared Nevaton. She sired two kids from both relationships.

In a radio interview last year, Muli said she is the one who hits on men and not the other way round. This was after she was asked about the worst pickup line a man has ever told her.

"Honestly, I can’t answer that because mimi huwa sikatiwi, mimi ndio the other way round,” she said.

Muli, who has been giving relationship advice to women on social media, once told them to stay away from narcissists as she has had a personal experience with them.

"They never change. After going through the same at least twice in my life, I realised I was attracting the same character in my relationship because I was attracted to a certain type," she said.

"Do not share too many details about what went wrong previously in your life in terms of abuse, unless you are 100 per cent sure about the person you are opening up to."

"Take care of your heart and your mind. Don't take things to heart. Focus on never being anyone's victim again."

"I thought I only knew one notorious polygamist!" Is Lilian Muli taking a dig at baby daddy Jared?

Citizen TV news anchor Lilian Muli has been enjoying herself this past week as she spends time in Northern Kenya.The mother of two
Lifestyle
1 month ago