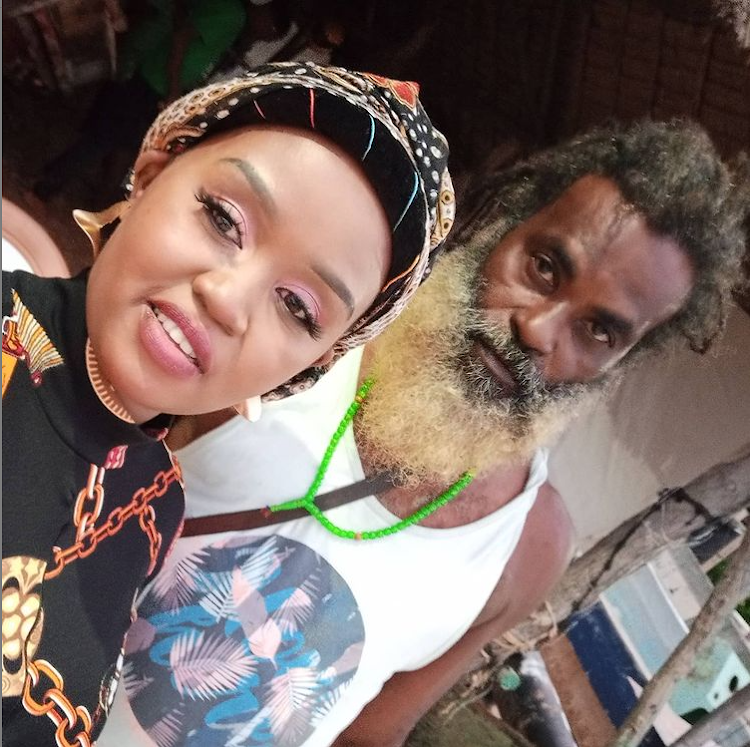 Former Miss Tourism Lamu Jennifer Waridi seems to have caught the attention of Omar Lali - the man linked to the late Keroche Breweries heiress Tecra Muigai who dies on May 2, 2020.

In a TikTok video that has since gone viral, Omar can be seen telling Waridi, "Nakwambia tukae tule raha (Come stay we have fun)," he tells Waridi, who is busy videoing their interaction.

He then shies away from the camera and tells her to stop taking the video because he is dead serious about his invitation.

But Waridi is not convinced. She is married and committed to her vows.

Omar compliments her, "Wee mrembo sana (You are very beautiful)."

Waridi who is known for the roles she has played in various TV shows like Njoro wa Uba and Kina took to her Instagram to defend Omar.

Sharing a photo of them together, she wrote, "Everyone deserves a second chance, right?..."

Check out the video of their interaction that has since gone viral together with the hilarious comments.