This is what killed Babu Wa Loliondo

Herbalist was a retired pastor 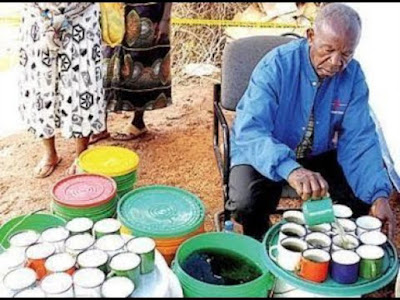 Ambilikile Mwasapile known to many as Babu Wa Loliondo died last week. Before being a famous herbalist, Babu was a Lutheran pastor.

He rose to fame for claiming that he could cure HIV, cancer and diabetes. He attracted people to Samunge village in Tanzanian where he would administer a single dose of a cup of his famous contortion which he believed would work miracles in curing people.

Reports had it that he died after a short illness but medical reports indicate that the herbalist succumbed to pneumonia. This report is according to Ngorongoro district commissioner Raymond Mangwala.

He fell ill five days before his death.

Babu wa Loliondo died at the age of 87.

"Loliondo's treatment made me believe I was HIV- for 2 years," Doreen Moracha reveals

Ambilikile Mwasapila aka Babu wa Loliondo passed on yesterday. The man who was a retired Lutheran rural pastor from Tanzania, became East Africa's
Lifestyle
1 month ago