•"I was not there when she said her first words when she crawled or when she walked." - Njambi 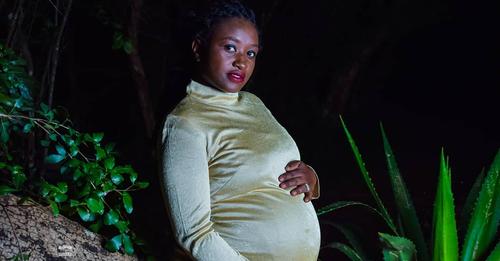 In an interview with Picha Clear, Reah House helps of Kawangware's Njambi - real name Njeri Gachomba - says her biggest regret is not being there during her daughter's first months/years.

Njambi as she is fondly known by her fans was busy acting thus she did not have enough time to spend with her daughter.

"My 'regret' in life is not being there for Tamara.

I was not there when she said her first words when she crawled or when she walked.

I was always busy. I was also a party animal because I was still young, so mtu akiniita tukapige sherehe I would go and leave the baby."

Robert Burale said, "After preaching the gospel, there is an emptiness you feel. You have to come back to a wife. The body is tired you need someone ...
Entertainment
2 months ago

"I remember there is a day my baby daddy woke me up just so that we could go party.

I would pump milk while on set shooting Real House helps of Kwangware but in some instances, it still leaked.

The other challenge was that my daughter did not want any other milk apart from breast milk.

So my director would give us a 20 minute break so that I could go breastfeed and come back on set.

But it was a learning experience."

Details of the child support case against Bishop David Muriithi

According to court documents, Bishop David Muriithi has threatened to not give his support towards the maintenance of the child because he is a ...
Exclusives
2 months ago