Diamond refutes claims that his new Roll-Royce has broken down 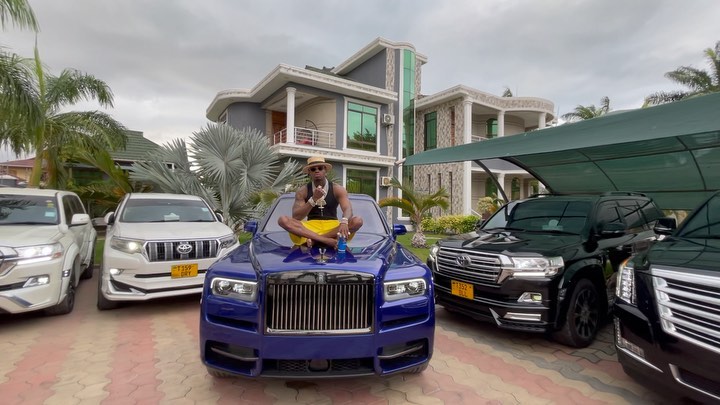 Diamond Platnumz has denied claims that his new machine Roll-Royce culllinan 2021 has broken down.

This is after a viral video emerged of a blue car similar to his being repaired in Tanzania.

Taking it to his Instagram stories, the 'Iyo' hitmaker wrote;

''Don't get it twisted, I have only used my car twice since I bought it. When I went to pick it and when going to the airport leaving for South Africa.

So, fu.. all garages that deal with sound that are using fake 3D cars similar to mine to lie to people that I have taken my car to them.''

Roll Royce is one of the most luxurious cars in the world and ranges from Sh30 million to Sh90 million, depending on how the buyer wants it customised.

In June, he bought two Cardilac Escadales, the vehicles are estimated at approximately Sh32 million each.