He is the founder of Living Faith Church Worldwide, also known as Winners' Chapel International 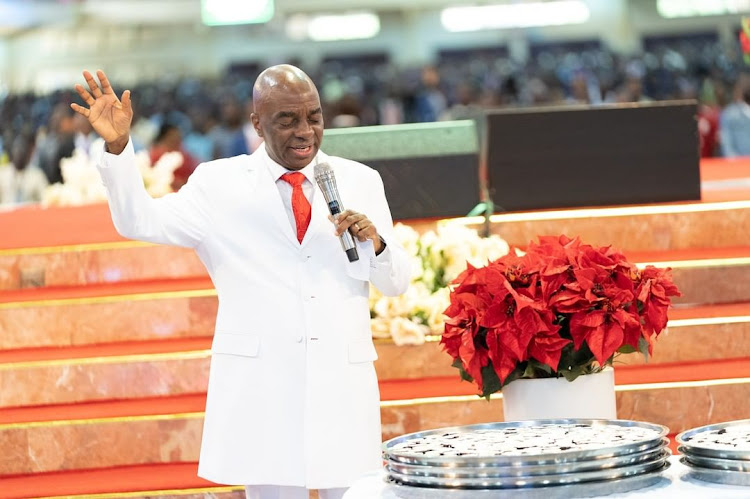 Nigerian preacher David Oyedepo has been trending after sucking 40 pastors for not winning souls. He described them as "blatant failures and unfruitful".

He is the founder of Living Faith Church Worldwide, also known as Winners' Chapel International.

In a video that has gone viral, Oyedepo said that he employed  7, 000 pastors at once when social media was dead.

”The pastors were asked to go because they were unfruitful. Many of the churches built can never pay for the church building in 30 years. We have no patience for failure here."

”We asked you (the sacked pastors) to go because you are unfruitful. Unfruitful! Blatant failure. Doing what there? We have no patience with failure here."

Oyedepo clarified that the pastors were not sacked because they were not bringing income, adding that money is not a problem.

”No one is owed a dime salary and we don’t borrow, we don’t beg. Ask our bank whether we take overdraft. We are covenant bound, working in the light of God’s Word, enjoying an open Heaven."

"Money: Nonsense! We have never lacked it and yet we have never prayed for it, we are just simply obeying God and He is backing up what He is asking us to do. Awesome God."

He said in the viral video.

Nigerian pastor TB Joshua who died on Saturday at the age of 57 had earlier indicated that he was not going to celebrate his 58th birthday on June ...
Lifestyle
3 months ago