Kenyan men the most faithful in Africa-Says survey

Ugandans and Nigerians considered most promiscuous 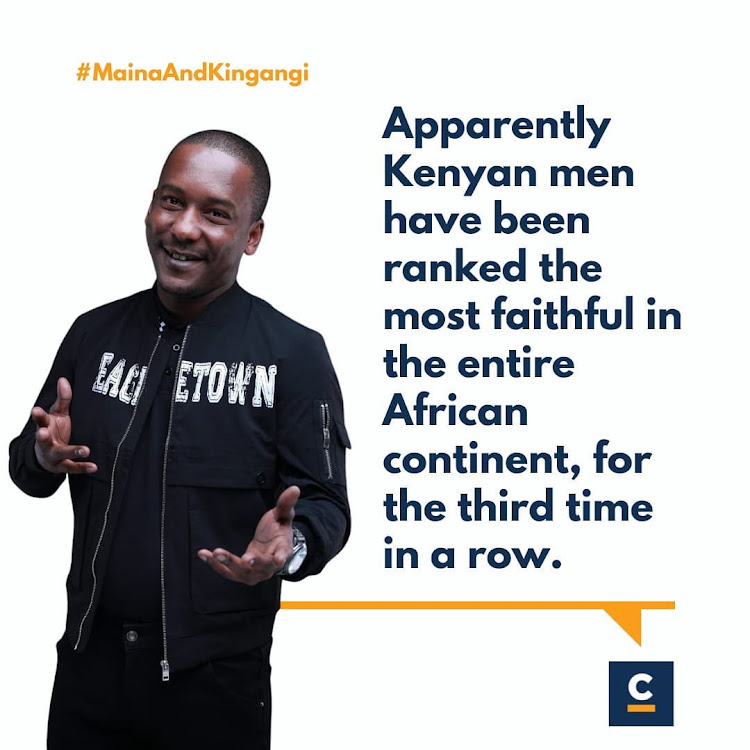 For the third year in a row, Kenyan men have been ranked as the most faithful. The survey by MenCare say that Kenyan men are infact some of the most romantic.

Ugandans and Nigerians were considered to be the most promiscuous followed by Ethiopians.

While speaking about the topic on Classic 105's breakfast show #MainaAndKingangi in the morning, Mike Mondo received mixed reactions from the listeners.

"That's the research, we are good, we are caring, romantic, providers but for now lets stick with faithful," said Kingang'i

"Finally someone has recognized us, numbers don't lie."

A tweep, wrote to Mike Mondo saying "I agree with the report that Kenyan men are the most faithful."

Another one wrote, 'These are the kind of research that are created in the office without going to the field. Kwa ground vitu ni different."

"That's the joke of the year," wrote a listener on Twitter

'Where was the research done," wrote Anjela, a listener

"I disagree with the research, there are many deadbeats."

A caller described the research as hilarious "I think it was done at night when men are at home, and the country is in lockdown so people are indoors"

"Kenyan men are the worst, they gave undeserving marks," he added

Mike Mondo ended the discussion without agreeing with the survey.

"Get a baby with her!" Maina Kageni urged after posting video with hot roommate

Classic 105 radio host Maina Kageni has left tongues wagging after sharing a video of himself and a woman named Shiro having a good time in Miami.
Entertainment
1 week ago