• I had traumas from my ushago, i saw my auntie give birth.

• King Kaka had to hide his identity when going to visit Nana. 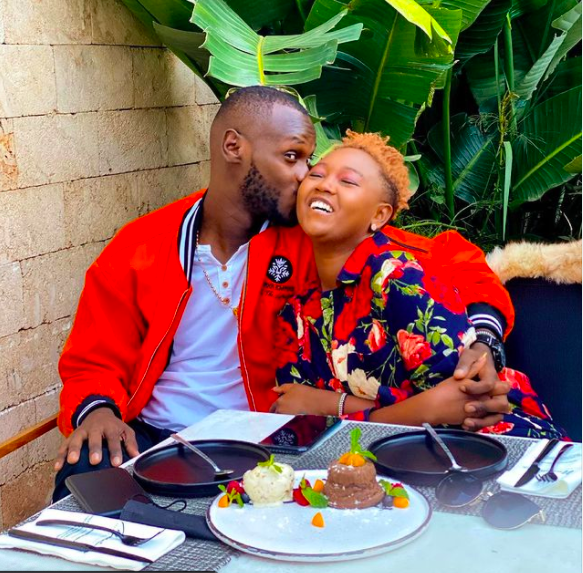 King Kaka and his wife Nana Owiti have opened up on parenthood, and the fears they had about it.

When the couple got their first-born daughter, they were not financially stable.

King Kaka had to hide his identity when going to visit Nana.

"When we got Geezy, we did not even have money, no car. I used to take a motorbike to Kitengela to see Nana. I would cover my head with a hat, and a scarf on my face," he said.

The singer hesitated to be a parent because of the financial implications of it.

For Nana Owiti, what scared her most about being a mother was the pain of childbirth.

This was because of her past experience watching her relative giving birth.

"I had traumas from my ushago, i saw my auntie give birth. I was in class 3/4. When i heard the baby cry,  walked in to see. I found my aunt filled with blood. The sight of that and how she wailed scared me," the mother of two recalled.

Nana Owiti was skeptical of giving birth just because of the childhood experience.

However, the thought of being a mother was not so scary for her because she had raised her younger sister.

The only thing she feared about parenting is making mistakes.

"I was a few steps ahead in parenting because I started raising my sister when I was 19. I was scared about giving birth, and whether I will be fit enough as a mother. So as I don't make mistakes that were done to me as a child," she shared.

But despite their fears, the couple has embraced parenting.

They say they are able to provide for their children and give them the best.

• The mother of two thanked Kaka for providing for them, protecting them and for professing his love for them.
Entertainment
1 month ago