Harmonize apologizes to ex-lover in an emotional song

• He says that he had been away from home, not answering his lover's calls, but she was patient with him. 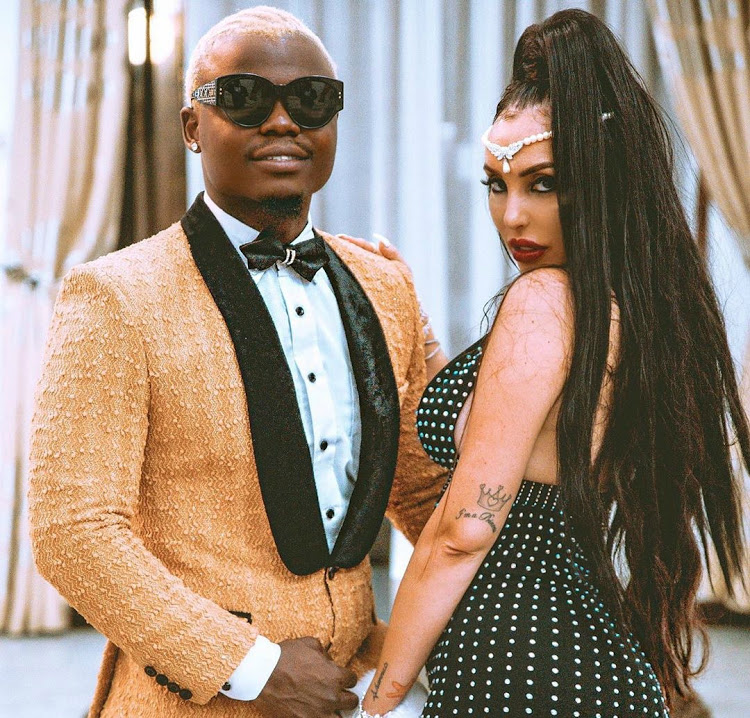 Tanzanian singer Harmonize has dedicated a song to his Ex-lover, asking for her forgiveness.

In the live performance on Ceek, the Bongo star says that he is human, and is prone to making mistakes.

He says that he had been away from home, not answering his lover's calls, but she was patient with him.

In the song, that is dedicated to his ex-wife Sarah Michelotti, Konde Boy says;

He also expresses that he misses his daughter.

The union of Harmonize and Sarah hit the rocks in December 2020 after the singer had a romantic relationship with his recent ex Fridah Kajala.

At first, the singer lied to Sarah that Fridah was his relative, only to publicly embrace the former after his marriage failed.

"He started dating Kajala in October 2020 and I came back to Tanzania in November and when I asked him about the relationship, he said she was his sister and he couldn't date her since she is old and that they are just friends," Sarah Michelotti said.

It became worse when Harmonize confessed to siring a daughter.

The two parted ways, with Sarah saying she is not ready to forgive him.

The end! Frida Kajala finally covers up tattoo she got bearing Harmonize's name

Bongo movie actress Frida Kajala Masanja might have broken up with Bongo singer Harmonize but that doesn't mean, she had done everything to purge
Entertainment
1 week ago