"Mzee Ojwang's wife would gombanisha me for thinking I was his 'other woman'!" Mama Kayai

• It took her time before she understood that it was all acting-Mama Kayai. 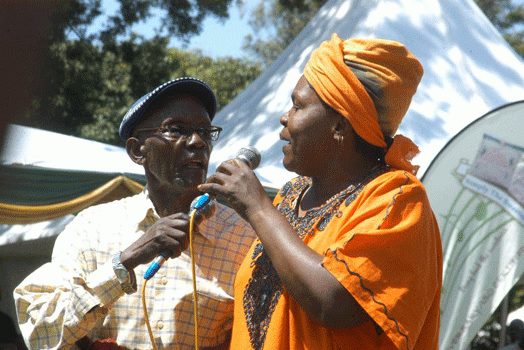 Speaking during an interview with Ala C, Mama Kayai said they had to sit her down and explain that there was nothing between them.

'She never understood that it was work.

It took her time before she understood that it was acting. Even now most people think am Mzee Ojwang's wife.

My husband worked at KBC so he understood and never had any issues, but he is now deceased.''

The truth about S3x parties! Are they truly back? Mpasho investigates

If WhatsApp is a heavy part of your life, then you will most likely have encountered a poster doing the rounds advertising a s3x party that is ...
Lifestyle
1 week ago

"Ojwang was naturally talented and there will never be an actor like him. He was also very jovial and even when one made him angry he would easily forget about it."