• We would look for a skit whether planned or unplanned and act for him-Mama Kayai. 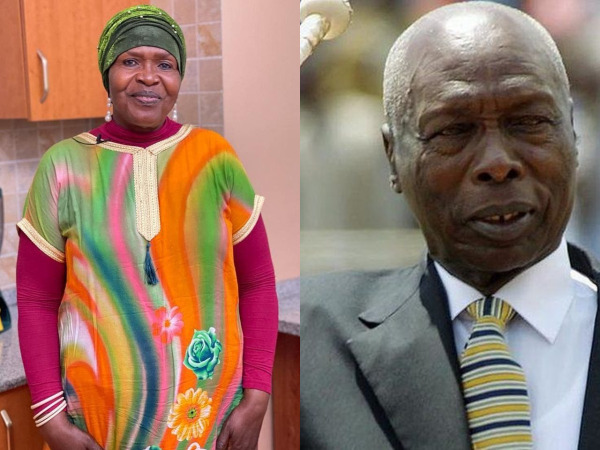 Vioja Mahakamani actress Mama Kayai has shared how Mzee Moi would allow them to visit State House and his Nakuru home for them to perform for him.

According to Mama Kayai, the Vioja Mhakamani crew were among Moi’s favorite actors and actresses.

Speaking during an interview with Ala C, the veteran actress explained,

"He (Moi) loved us for real. There were his employees among them a man named Lee Njiru, every time they knew he was angry they would look for us.

We would look for a skit whether planned or unplanned and act for him. He especially loved parts where Mzee Ojwang would jump on me so that I carry him.

We would be taken wherever Moi’s ‘anger’ would catch up with him at.”

Letter from the grave! Caroline Kangogo's message to lover John Ogweno and family

For you, my loved John Ogweno our love was made in heaven that is why since Monday a day after the incident you always embrace me with love, ...
Crime
1 year ago

“When his wife died, we were going to Kisumu, We decided to go to Kabarak and pass our condolences.

He was called and he allowed us to come in, we passed our message and he even gave us some ‘tea.’

We never needed an appointment to see him.”