Things you did not know about the late Caroline Kangogo 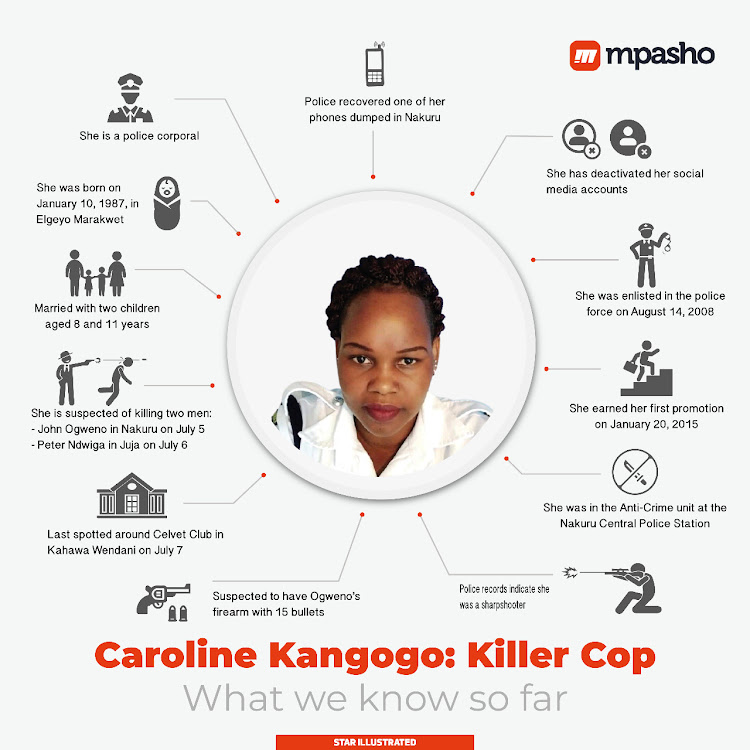 Kenyans are still coming to terms with the death of corporal Caroline Kangogo after she allegedly committed suicide at her parents home.

She was on the run after committing two murders early this month.

Below are things you did not know about Carol.

Caroline was a mother of two.

She started working in Nakuru Police station in 2015 till her death.

Caroline Kangogo has been wanted for close to 12 days now by police, evading all their traps to arrest her.
Crime
10 months ago

She travelled from Nakuru to Thika to carry out the second murder.

• "I started killing because I could not have peace, after I killed the first time." Marsten told police.
Crime
10 months ago