"This was the 4th time I have been raped!" Comedienne Brendah Jones narrates 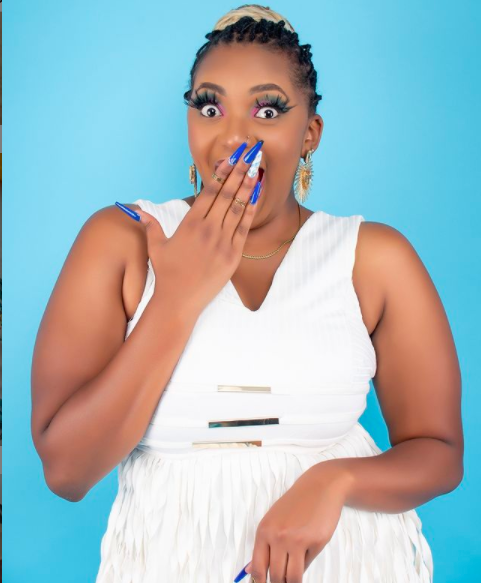 Comedienne Brendah Jons has opened up about a horrific rape ordeal she went through in 2020. According to the comedian, after she revealed that she had been raped 3 times, the fourth one happened.

In an emotional talk on her Youtube channel, the comedienne who is popularly known for her 'plesident Kingston' skits said her devotion to the church led her to the attacker.

"When I went to Mamlaka Hills Chapel in Ruaka. I was a popular face in the church, serving here and there. One day I left the service, and our church used to serve tea and Mandazis. Just as I was walking outside towards the pool area, one of our church some guy says hi to me, he was good-looking and fine," she recalled.

They got closer after the stranger reached out to Brendah on her Instagram page with the two then exchanging contacts.

"He told me he is a divorcee and has 3 kids. We talked and liked each other. We later on met. He told me he would like to try to court me.

He became used to bringing me dinner at my place, at the gate. There were a lot of red flags, this guy never showed me where his house was," Brenda Jons shared.

On a fateful day, the man walked into Brendah's house unannounced:

"He was holding two beers and looked like a possessed man. He puts the beer on the table and pushes me on the seat. I told him to stop it, but he couldn't listen. I pushed him away and ran to the bedroom, before I locked the door, he was there.  He raped me as I begged him to stop."

Being her fourth rape ordeal, Brendah Aka 'Mama Plesident Kingston' was disturbed by the fact that she had to go through such pain again.

"I was asking God, Why? It was the 3rd time someone from the church is doing this to me. I told him, he will remember the day his daughter will be raped, he stopped. Immediately I took a razor and started cutting my hands," she shared.

After the ordeal, the comedienne does not go to church anymore.

Milly Chebby sent me nudes to prove she was with Terence

Terence Creative's baby mama Eunice Wanene recently granted Mpasho an exclusive interview. In it, she spoke about her relationship with Terence and
Exclusives
1 week ago