• Snoop Dog told Diamond that his career has changed people in his circle who were involved in drug business. 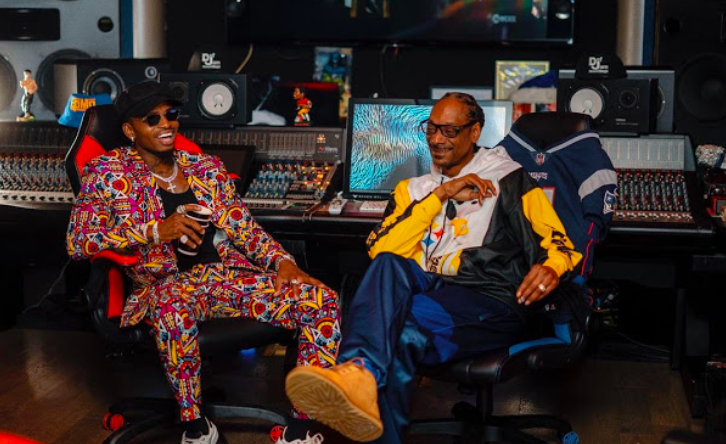 Tanzanian singer Diamond Platnumz has gone international, and is now hanging out with superstars far from East Africa.

"There are moments when you cant watch the numbers coz if you watch numbers you believe you fell off. You did not fall off. You gotta work hard, there are people who want to be like you right now," Snoop Dog told Diamond Platnumz.

Snoop Dog told Diamond that his career has changed people in his circle who were involved in drug business.

"I want to be a manager, i want to be a producer, I changed the perception of not only my neighbourhood, but the West coast."

The American rapper told Diamond how he changed the perception of rappers who had criminal records after he came out of jail and embarked on music career.

Their conversation comes just a week after  confirmation that Diamond Platnumz is set to release a song alongside Wiz Khalifa.

Let's just add another notch onto Diamond's ever-expanding list of accomplishments. The Tanzanian star is showing his star power as he completes ...
Entertainment
1 week ago