• There was Emotional, verbal, and even physical abuse. She took off after five years of marriage. 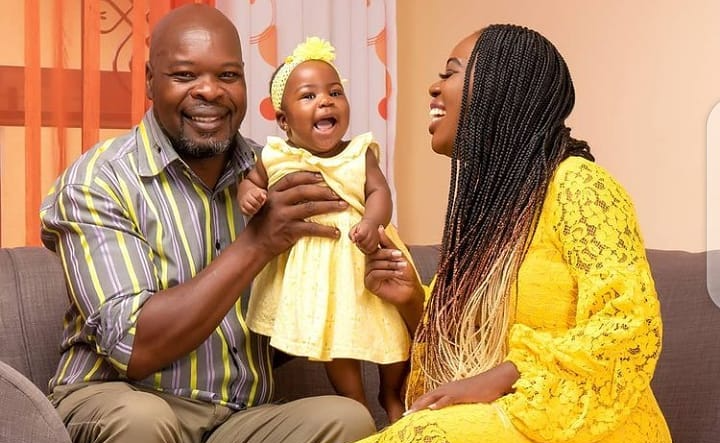 Kenyan actor Abel Amunga has opened up on how his marriage broke after 5 years as they could not get a kid.

Amunga who is the father of Tusker Project Fame winner Ruth Matete was married to a Taita woman after his (now late) baby mama eloped with another man.

''My daughter Ruth was living with her biological mum and stepdad but he was very abusive. One time he hit Ruth's mum on the tummy and she was pregnant with their third child, she had a stillbirth.

While admitted at the hospital, she requested me to go and get Ruth out of her stepdad's home and stay with her while she healed.''

During one of their fights the man hit her on the tummy. She had a still birth and was admitted to the hospital but she never made it.
Lifestyle
1 year ago

Amunga added that at the time he had gotten married as Ruth's mum had eloped with another man when the baby (Ruth) was 9 months old.

''I went and brought Ruth to my place and they really bonded with her step mum. They would go for outings and do stuff together till I started getting jealous at some point.

However after two years together my wife started becoming abusive on Ruth. There was Emotional, verbal, and even physical abuse. She took off after five years of marriage.

From what I heard, She told people she was tired of mothering a child who is not her own, she wanted a child of her own. We had gone through tests and we were both OK. I told her to wait for God to bless her with a child.''

Amunga added that after that incident he chose to bring up his daughter alone.

''She packed and left Ruth and me. I tried getting her even through our pastors but, she refused, 11 years later she passed away. From then henceforth I promised Ruth that she would never be exposed to another stepmother.''