The 600: The Soldiers Story' honours self-sacrifice and courage 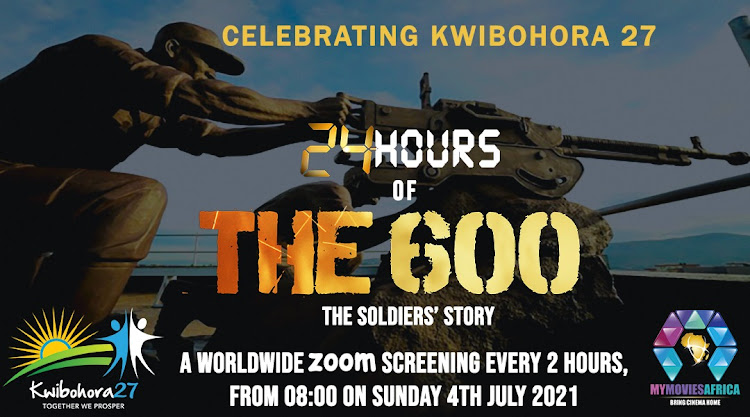 Kwibohora, follows Kwibuka (“to Remember”) which is the official Commemoration reflecting on the 100 days, between April and July 1994, during which over 800,000 men, women &amp; children, of the Tutsi and moderate Hutu, were slaughtered.

This made headlines around the World. A lesser-known Story, however, is that of “The 600”. When the Genocide began on 7th April 1994, a group of 600 soldiers from the 3rd Battalion of the RPA, in Kigali for Peace Talks, became surrounded by over 10,000 Soldiers of the Hutu Power Government.

"The 600: The Soldiers Story' is an important and inspirational Film, that not only honours self-sacrifice and courage, but also honours the memory of those who died during the Genocide againstthe Tutsi in 1994”, says its Hollywood Writer & amp; Producer – Richard Hall.

“It also makes a connection between the RPA soldiers, and the civilians they were trying to protect, in one of the most desperatemilitary missions of all time, in stopping this Genocide. The 600 soldiers, surrounded and outnumbered by Government soldiers and Militias, rescued hundreds of civilians and began thecounter-attack that restored order in Rwanda by 100 days.”

The 114-minute Action Docu-Film, by Great Blue Production, was officially Released in Rwanda on 4 th July 2019 - the 25th official Anniversary of Rwanda’s Liberation Day, when the Rwandan PatrioticArmy (RPA) stopped the Genocide and Liberated the Country.

And two years later, Nairobi-based MyMovies.Africa™ has organised a 24-hour Global Screening, viaZOOM, for Rwandese living in various Time Zones around the World. They wanted to Offer the same Tradition to Rwandese abroad.