• But this information was relayed to me by a third party because she is too proud to reach out herself. 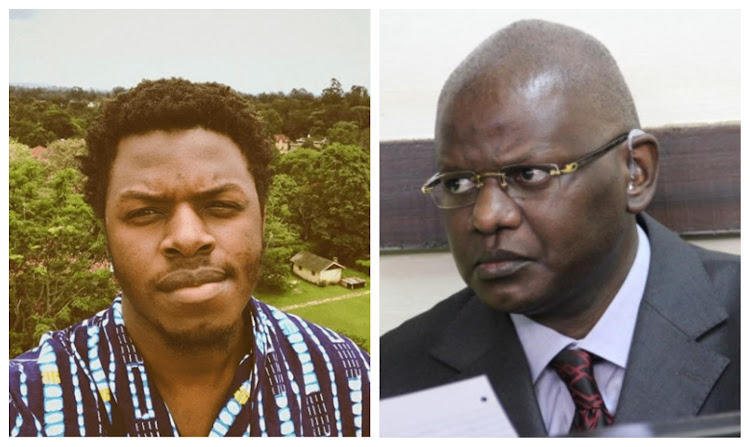 The son of renowned journalist Louis Otieno has refused to visit her ailing mum, whom he accuses of being abusive.

In a post on his Twitter page, Silas Miami said that he has learnt about the mother's ailment through a third party since he is not in talking terms with her.

"I'm told my abusive mother is very unwell. But this information was relayed to me by a third party because she is too proud to reach out herself. Even at death's door, she refuses to swallow it and apologize - that is what narcissism looks like. Sending thoughts and prayers," he Wrote.

The tweet from Silas attracted many reactions, with his followers asking him to forgive his mother.

But according to Silas, who is a resident of South Africa, the pain that he went through in the hands of his biological mum can not be erased.

He called on people not to excuse abusive parents.

"If you're a survivor of narcissistic abuse and you're following the wild happenings over here I need you to know that I see you - your pain is valid. I believe you. And you're going to be just fine. You deserved better and you owe nothing to those who harmed you. You are loved," he added.

In March, Silas Miami exposed his parents for soliciting money from him even though they are opposed to his gay relationship.

Having been kicked out of his home while he was 17 years, he said his parents first reached out to him when his dad was unwell forcing him to travel back home from South Africa.

Silas is not only angry with his mother, but also his father Louis Otieno, whom he says has never showed up for them.

'Nobody tries to check up on you,' cries Louis Otieno wiping tears from his sad eyes

'Nobody tries to check up on you,' cries Louis Otieno wiping tears from his sad eyes
Lifestyle
3 years ago