• Jamal has already left why is she coming to my house?

• The face off continued with both sides hurling insults at each other. 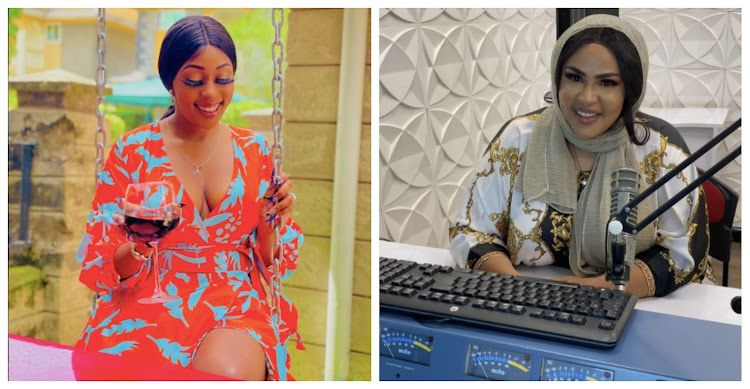 Late last night, Amber Ray caused a huge furore at her Syokimau residence that woke up her neighbours.

Not only did she keep her neighbours up, but she also went live and beamed the drama live on her Instagram.

From the video footage, Amber Ray and her posse were hurling insults at Amira and some of the neighbourhood's women.

Amber Ray could be heard shouting, "You are dealing with the wrong people. Go deal with your husband. Shida ni, hao wenyewe ndio wamejileta hapa. (The issue is those women trespassing at my house.)"

Taunting the women further, she said, "Mnataka show, si ndio hiyo basi? (So, you wanted a show? Here it is)" As a)Amberay twerked in a dera.

The face off continued with both sides hurling insults at each other.

At one point Amber Ray and her pals are asked to remove their car that is blasting loud music from the estate. They agree to turn off the music but refuse to leave the compound.

One of Amber Ray's female pals adds, "And if it is Jamal, let them go look for him at his house not here. He has already left."

Ambera Ray echos these thoughts saying, "How dare you come to my house. I was in my house in the kitchen and I heard someone say 'M*laya, shetani, mrogi.' Go sell yours too if it has value. Someone has been in Dubai for 5 years why did she not sell hers."

"Jamal has already left why is she coming to my house? Juu mimi ni bibi wa pili ni nyanyaswe? Sikutongoza bwana ya mtu (Just because I'm a second wife does not mean I should be harassed. I did not woo anyone's husband.)"

Showing off her new soon-to-be home on Instagram, the mother of one explained that she no longer feels safe in her current house and will be moving ...
Lifestyle
1 year ago