Exclusive: Omosh responds to a viral video of him while drunk

• I would like for people to come to the ground and maybe even speak to my neighbours or even my family around. 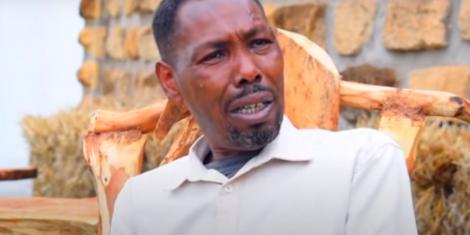 Joseph Kinuthia alias Omosh has been trending over the last two days after he came out to appeal for help once again, months after Kenyans came to his rescue.

A recent viral video of Omosh in a suit and drunk to a stupor has emerged where he is being dragged into some apartments after falling down and getting himself dirty.

This video has sparked a fresh uproar from the public, with others calling on him to seek rehabilitation.

Well, speaking to Mpasho.co.ke, the comedian said the video is old.

"I would like for people to come to the ground and maybe even speak to my neighbours or even my family around," he said.

"Some of those videos are old and are just being used to escalate the issue. It is good for people to ask randomly from my neighbours. For example, that video I was coming from bash and random people recorded me."

On whether he is back to alcohol, Omosh said;

"I am not drinking and I am well. Just that people misinterpreted the interview."

Last week, Omosh said that the money he received in February when he appealed for help was used to settle debts.

He asked to be given a Camera, Tripod and Lights in order to start fending for himself.

However, his plea resulted in public ridicule, with many accusing him of being ungrateful.