Opinion: Why Omosh feels entitled to be helped

He has two wives and children

•He is a former Tahidi High actor 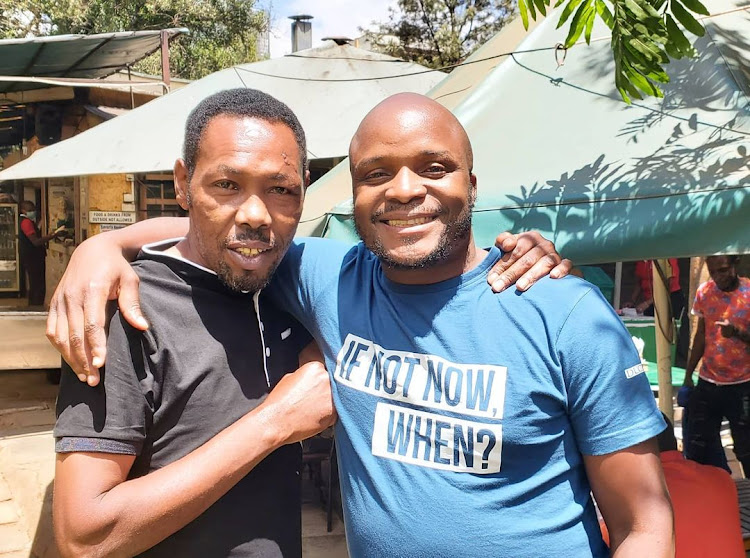 Joseph Kinuthia aka Omosh Kizangila has hit the headlines again. He wants to be helped for the second time after Kenyans pulled him out of his financial troubles.

The former Tahidi High actor in February this year said he had rent arrears and debts as Kenyans came out in big numbers to send him money for his daily upkeep.

Barely three months later, Kizangila says he received money that was less than a million bob. He used that money to settle his debt and is now calling upon Kenyans to help him again get back on his feet.

He wants to be bought a camera, tripod, lights and mic by any willing Kenyan.

"Even if you give me money, it will be over at some point. But a job can sustain me, my problem is getting a job. I can't account for how much money I received. Right now am remaining with a small amount, less than 100k. My responsibilities are big, two wives, children at school," he said in a recent interview

Kiss FM presenter Jalang'o has come out to condemn the actor saying that he received over a million bob on Jalang'o TV and was later given cash by Jalang'o and Alinur.

He was promised a house that is said to be almost done.

My opinion,  Omosh feels entitled to be helped by Kenyans. It is the audacity for me, to come back to Kenyans (Whether he received the 1 Million or less) and ask for help again.

Anyone would think Omosh would have used the money to buy these equipments he is asking as he settles his debts bit by bit.

With two wives and children, he owe to know that success is his own responsibility and no one else’s because Kanairo ni shamba la mawe.

At the same time, his colleagues at Tahidi High are now thriving business people in the film industry. Whether Kenyans will help any other celebrity with money or not is a question we can answer when that time comes.

And yes, when you are trending, some will use you for PR.